Honda HR-V, modified by Mugen, looks spectacular with its visual upgrades.The HR-V from Honda is offered in several global markets but there has been no word on its possibly India launch.
By : HT Auto Desk
| Updated on: 23 Apr 2021, 09:36 AM Why Honda HR-V has still not touched down on Indian shores is one of the biggest questions in the automotive circles here but there is no question really that if there's one SUV from the Japanese car maker that is likely to make waves, it is the HR-V. While sold in several global markets, it has been conspicuous from its absence in Honda Cars India's product portfolio and this is also why a modified version of the vehicle - while stunning to stare at - is also likely to be sorely missed here.

The Honda HR-V has fared well in several markets where it has been offered and has the looks and decent performance to woo many looking for a crossover SUV. A number of facelifts and upgrades have ensured it looks contemporary but while these have been done by Honda, photos of a HR-V modified by Mugen - a company founded by the son of Honda founder - has been attracting several eyeballs. 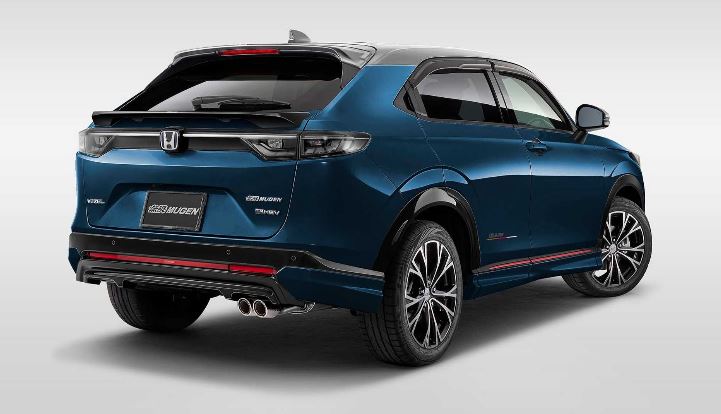 A look at the rear profile of the modified Honda HR-V. (Photo: Mugen)

Mugen isn't connected with Honda in any way even if its founder - Hirotoshi Honda - is the son of Honda founder Soichiro Honda. It still doesn't take away from the fact that this particular HR-V unit looks really stunning. A number of body-kit updates give the vehicle a more solid appearance, complete with 18-inch two-tone alloys. The contrasting roof, front grille garnish, the side decals and updated spoiler - all help this particular HR-V look extremely sporty. Custom exhaust system and a new air filter have also been made available.

Called Vezel in the Japanese market, HR-V is an attractive option for many and in Europe, it will soon also be offered with hybrid technology. It currently gets the same 1.5-litre petrol engine which powers the City sedan and the 1.8-litre that was inside the Civic. And while Civic and the CR-V have been removed from Honda's India product portfolio, many wait with bated breadth for HR-V to come as an option. Officially, there is no word on this.