The estimate released on Wednesday is down 10 million units from the previous prediction.
By : Bloomberg
| Updated on: 25 Mar 2020, 08:50 PM 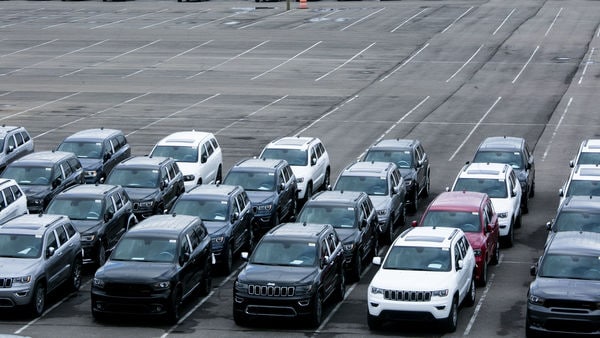 Automakers are poised for a precipitous drop in worldwide sales this year, according to a prominent forecaster that’s slashing its projections for virtually all regions.

Deliveries probably will plunge more than 12% from last year to 78.8 million, according to IHS Markit. The estimate released on Wednesday is down 10 million units from the researcher’s expectations in January.

“The global auto industry is expected to witness an unprecedented and almost instant stalling of demand in 2020," Colin Couchman, an IHS analyst, wrote in an emailed statement. “Risks are heavily skewed to downside, especially how low the market could go and for assessing recovery prospects."

IHS cut its previous estimates by 2.4 million cars and light trucks for the U.S., 2.3 million for China and 1.9 million for Europe.