Mercedes-AMG GT Coupe would share the same architecture and some components with Mercedes-AMG SL roadster.
By : HT Auto Desk
| Updated on: 31 Oct 2021, 10:06 AM 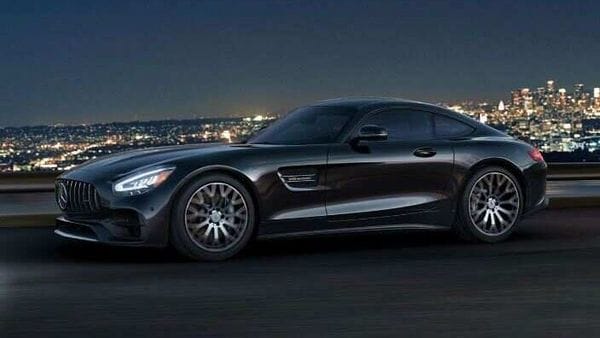 The Mercedes AMG GT Coupe is one of the most potent high-performance cars ever made by the AMG division.

Mercedes-AMG has just unveiled its much-hyped new SL roadster. The German luxury car brand last Thursday has introduced the updated Mercedes-AMG SL, one of the longest-running nomenclatures in the automaker's portfolio, for nearly seven decades. Now, the iconic car marque has confirmed that a brand new Mercedes-AMG GT Coupe is on the card, reports Road and Track.

As Mercedes design chief explained, the top of the line SL 63 will get AMG Active Ride Control air suspension as a standard feature, ensuring a comfortable journey experience. There will be hydraulic anti-roll stabilization that takes the place of normally fixed anti-roll bars to keep the SL steady during cornering, without jeopardizing the comfort and stability.

The upcoming Mercedes-AMG GT Coupe is expected to start right where the current model left off. It will compete with rivals such as Porche 911.

The upcoming GT Coupe is likely to carry the same MBUX infotainment system featuring a tiltable and large 11.9-inch portrait-oriented display accompanied by a 12.3-inch fully digital instrument cluster and a head-up display with augmented reality technology, which are available in the newly unveiled SL roadster.