Maruti Suzuki Alto became India's best-selling car for the first time in 2004 - four years after being launched.Till date, over 39 lakh units of Alto have been sold with approximately 1.50 lakh units over the past year.
By : HT Auto Desk
| Written By : Shubhodeep Chakravarty
| Updated on: 15 Jun 2020, 02:02 PM 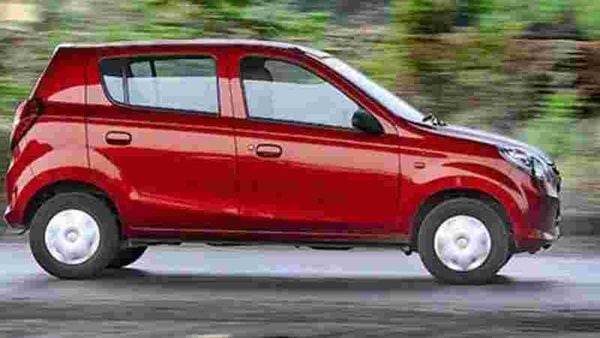 Alto has been the best-selling model from Maruti Suzuki for years and years.

NEW DELHI : Alto is the unchallenged leader in the passenger vehicles' segment in India, a position of power it has held almost every year since it was first launched in the country back in 2000. Maruti Suzuki's most-affordable offering has now bagged the crown of best-selling model in the country for the 16th consecutive years.

In a press statement issued on Monday, Maruti Suzuki informed that the Alto has now been crowned India's best-selling car for 16 years in a row. A preferred option for first-time car buyers, Alto has found tremendous favour - as much for its affordability as its mileage and decent specifications.

The Alto became India's best-selling car for the first time in 2004 - four years after being launched, and has never given up the crown since. By 2008, 10 lakh units of the vehicle had been sold and the number doubled to 20 lakh by 2012. In another four years, another 10 lakh units had been sold.

In November of 2019, Alto had become the only car in India to breach the 38 lakh unit mark. Till date, over 39 lakh units of Alto have been sold with approximately 1.50 lakh units over the past year. "Alto’s unrivaled journey has enabled mobility for the new and young India and has turned millions of dreams into reality," said Shashank Srivastava, Executive Director (Marketing and Sales), Maruti Suzuki India Limited. "The strong customer base of Alto is a testament of customers appreciating the timely upgrades and refreshment in the brand."

The timely upgrades may indeed have helped Alto maintain momentum as the Indian market has witnessed people even in the compact car segment now looking at comfort and safety features as much as considering affordability and running cost. In its latest avatar, the Alto gets an aero edge design and standard safety features include driver side airbag, ABS and EBD, reverse parking sensor, high speed alert system and seat belt reminder.

While Alto has given way to other cars in monthly sales charts - Dzire often toppling its smaller sibling, it has not let go of its yearly sales dominance.

With an engine upgraded to meet BS 6 norms in 2019 and the option to choose a factory-fitted CNG version, the Alto has been able to hold on to its core strengths while also adapting to newer requirements.

There have been some strong rivals to the Alto in the past. Renault Kwid is one such example and has managed to excite small car buyers too. However, it has been unable to dislodge Alto from its top place. And with many predicting small car sales to pick up due to Covid-19-related factors, the road ahead may even smoother for the most popular car in the country.