Home Auto Cars News Lamborghini To Bring Two New Models In 2022, Will Be Based On Huracan And Urus

Lamborghini to bring two new models in 2022, will be based on Huracan and Urus

Lamborghini Urus SUV could receive a mid-cycle update next year.Lamborghini Huracan might receive a hybrid V6 engine instead of 5.2-litre V6 motor.
By : HT Auto Desk
| Updated on: 26 Jul 2021, 18:42 PM 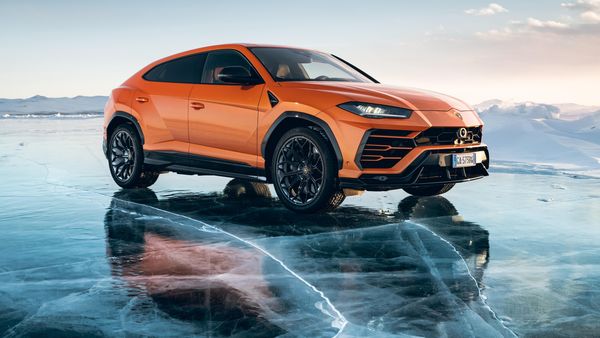 An updated Lamborghini Urus SUV is in the pipeline for 2022 launch.

The year 2022 is going to be an interesting one for Italian supercar brand Lamborghini, as the company's CEO Stephan Winkelmann has hinted in an interview. The Italian automaker brand is working on two upcoming cars that will be launched next year. These two cars will be based on Huracan and Urus. The automaker plans to unveil a new model later this year only.

Does that mean another variant of Lamborghini's Urus SUV is in pipeline? Winkelmann didn't reveal that much though. However, the existing models could new derivatives. Also, it could be a mid-cycle update for the Huracan and Urus. We could see a plug-in hybrid system being introduced to these cars to generate additional power. The Urus has already celebrated selling 15,000 units just a few days ago.

Speaking about the new generation Huracan, Winkelmann said that it is too early to say if this car will retain the naturally aspirated 5.2-liter V10 engine. This engine is shared with the Audi R8, another brand from the Volkswagen Group. Lamborghini boss didn't rule out the possibility of a hybrid V6 engine though.

Winkelmann has also said in the interview with Autocar UK that the next completely new model from the brand will get a naturally aspirated V12 engine with hybrid assistance. This technology will be similar to the 819 hp producing Lamborghini Sian FKP 37, the car brand's first electrified production model.

The Lamborghini boss also said that the Aventador successor will come in 2023 with a PHEV setup. It will get an all-new V12 engine with a plug-in hybrid system.