The 15,000th Lamborghini Urus has been produced for the British market and features Graphite Capsule set of colors and finishes.The Urus SUV sources power from a 4-liter twin-turbo V8 engine, delivering an output of 650 horsepower at 6000 rpm.
By : HT Auto Desk
| Updated on: 20 Jul 2021, 06:52 PM Lamborghini Urus found 2,796 takers across the world in the first half of this year,

Lamborghini hit a major production milestone as it rolled out the 15,000th Urus SUV since the sports car was introduced three years ago. The luxury car maker's first-ever SUV, Urus has become the highest produced model in the company's history in the shortest span of time since its launch.

The latest vehicle to set this milestone has been produced for the British market and is finished in Lamborghini's Graphite Capsule set of colors and finishes. Its exterior features the new shade of Grigio Keres Matt along with Verde Scandal details. Its two-tone interior features Nero Ade and Verde Scandal colours.

Urus has proved to be a very successful model for Lamborghini, leaving behind the likes of Huracan and Aventador. It found 2,796 takers across the world in the first half of this year, contributing significantly to Lamborghini's massive sales increment during the period. The car maker witnessed a sales surge of 37 per cent as compared to the first half of 2020, and even better than the same period in 2019. 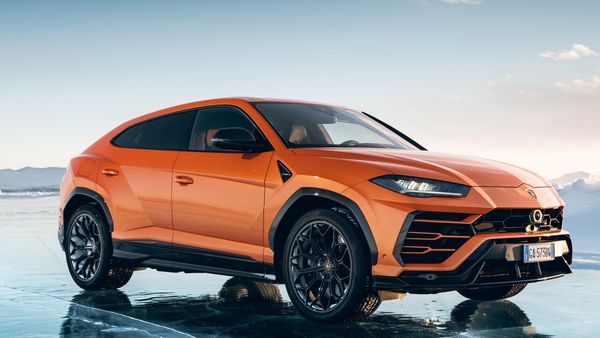 Lamborghini Urus SUV is a blend of extraordinary performance and versatile capabilities, seamlessly merging the characteristics a super sports car with that of an SUV. Its sportiness, reliability and off-road capabilities have made it the best-selling Lamborghini model currently. The SUV sources power from a 4-liter twin-turbo V8 engine, delivering an output of 650 horsepower at 6000 rpm and a 850 Nm of torque at 2250 rpm.

The Urus SUV is capable of sprinting from 0-100 km/h just in 3.6 seconds and 0-200 km/h in 12.8 seconds. It can achieve a top speed of 305 km/h. The SUV also shattered speed record of the fastest car on ice by reaching a speed of 298 kmph at an event organized on the icy lake of Lake Baikal in Russia in March.