Designed by Robert Opron, the original Citroen SM was one of the iconic cars manufactured by the French carmaker.
By : Sabyasachi Dasgupta
| Updated on: 12 Mar 2020, 15:12 PM 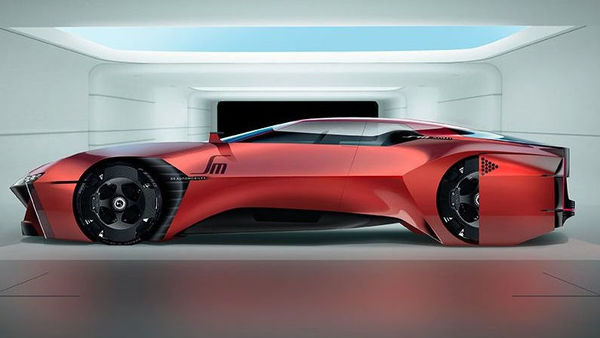 50 years since its launch the PSA is paying tribute to the sporty Citroen SM. It was on March 10, 1970 when the futuristic coupe was first unveiled at the Geneva Motor Show. The car was a combination of French design and technology with the Maserati V6 engine.

To celebrate the anniversary of the Citroen SM car, the DS brand has launched a competition on its social platforms in which users can vote on six design proposals created by the DS Design Studio.

The style office asked six of their designers to sketch a modern version of the legendary SM car. The first two sketches have already been produced by Geoffrey Rossillion (the red car) and Romain Saquet (the brunette car) respectively, and four other sketches will follow soon. They are part of a contest launched by DS on its social networks, in which followers are invited to vote for their favourite SM design.

The DS Automobiles released a statement saying, “The winning designs of each duel will participate in a second phase during which sharing on social networks will be decisive. Internet users will then have the opportunity to win the lithography designated and signed by its creator."

Designed by Robert Opron, the original Citroen SM displayed technological prowess ranging from directional headlights and hydropneumatic suspension to direction depending on speed (with a direction adjustable in height and depth). The light alloy V6 from Maserati developed 170 hp. Citroen also sold the SM to the United States, where it won the title of Motor Trend Car of the Year 1972.

However, the Citroen SM was not a resounding success. Between 1970 and 1975, some 13,000 units were sold, of which 2,400 were in the United States. This is due to external factors, such as the oil crisis. The SM had also acquired a reputation for questionable reliability. Hydraulic mechanics experienced many problems of youth, the bodywork was quickly attacked by rust and the Maserati powertrain proved to be particularly fragile. The Citroen network barely knew how to deal with these complex problems. This also prevented proper maintenance or necessary repairs.