The passenger car market leader, Maruti Suzuki known for its hatchbacks like Alto, WagonR and Swift expects a rebound in small car segment.Maruti Suzuki is also confidence about the growth prospects of its used car vertical - Truevalue - which has about 500 outlets.
By : IANS
| Updated on: 26 May 2020, 06:39 PM Even as it re-starts nearly 2,000 dealerships across the country, automobile giant Maruti Suzuki India will go into a high gear to tap the rural market.

This segment, unlike the urban market, is expected to grow on the back of Centre's massive stimulus package along with healthy monsoon rains which are predicted for this year.

Speaking to IANS, Maruti Suzuki India's Executive Director for Marketing and Sales Shashank Srivastava said: "We have progressively opened up nearly 2,000 dealerships out of over 3,000 showrooms that we have across 1,964 towns and cities."

"We expect the rest of dealerships will be opened up soon, as and when, they get requisite permissions from their respective local authorities."

Besides, the passenger car market leader known for its hatchbacks like Alto, WagonR and Swift expects a rebound in small car segment.

"The Covid-19 pandemic is expected to shift customers' buying preference to smaller entry level cars for personal mobility," he said.

According to Srivastava, many new and old customers will be attracted to this category as they would like to avoid public transport including the service provided by cab aggregators.

"There is a renewed interest in this particular segment due to the emphasis that is being given to personal mobility."

"The income or GDP growth is closely related to the auto industry. In these times, people are expected to downgrade their purchases. For instance, they will downgrade from buying a sedan to buying a hatch (hatchback). First-time buyers are also expected to increase. This trend has more to do with the functionality of the personal vehicle rather than anything else."

On the sales mix between the rural and urban market segments, he pointed out that factors such as the massive stimulus and predictions of healthy monsoon rains will allow the company to maintain its growth trajectory in the rural areas. 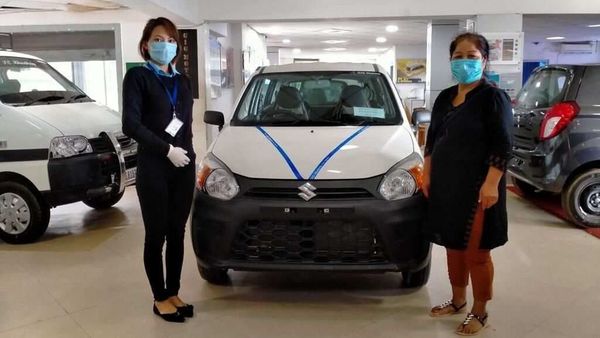 "The Covid-19 has impacted sentiment more in the urban centers than in the rural areas," he said.

"The rural market's contribution has been growing every year for the past 10 years. It is expected to increase this year as well on the back of higher 'Rabi' crop harvest and the fact that sowing area under the 'Kharif' season has increased."

In the last 10 years, the rural segment has averaged a growth rate of about 7-to-8 per cent for the company.

Last year, the sales mix was 39 per cent rural and the rest urban.

Even the company's geographical spread of customers has gone beyond tier 1 and 2 cities.

However, he cautioned that without a swift transmission of this benefit of repo rate cut from the banks to customers, this advantage will be lost.

In addition, he said the company is confidence about the growth prospects of its used car vertical - Truevalue - which has about 500 outlets.

"We see an optimistic business scenario for Truevalue as the used car industry is expected to growth."