Home Auto Cars News Bmw 3 Series Ev To Break Cover In 2025, Will Be Based By Neue Klasse Platform

BMW 3 Series EV to break cover in 2025, will be based by Neue Klasse platform

The electric BMW 3 Series will be sold alongside other new battery electric vehicles and internal combustion engine-powered models.
By : HT Auto Desk
| Updated on: 18 Oct 2021, 06:03 PM 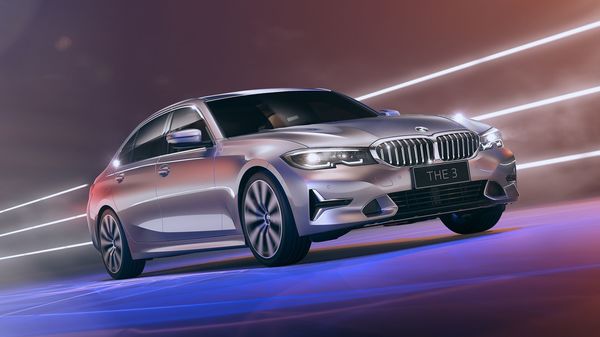 BMW 3 Series is one of the bestselling cars from the carmaker.

German luxury car brand BMW is working on new vehicle architecture, specially dedicated for its upcoming electric cars. Dubbed as Neue Klasse, this EV architecture will debut in 2025 and the first car to be based on this platform will be electric 3-Series, claims a report by Autocar UK.

The upcoming electric BMW 3 Series sedan is internally known as NK1. It is reportedly to come with new electric motors and a long-range battery promising 700 km range. Also, the electric sedan is claimed to be coming incorporating a wide range of sustainable materials.

The electric BMW 3 Series will be sold alongside other new battery electric vehicles and internal combustion engine-powered models. The German car manufacturer aims to become an all-electric car brand and it also plans to introduce carbon-neutrality across its manufacturing process.

The future BMW electric cars have been previewed by several concept cars by the automaker. One such model is the i Vision Circular concept. BMW showcased this concept previewing how sustainable materials can be used in vehicle manufacturing.

BMW 3 Series is one of the bestselling models from the brand around the world. Introducing an all-electric 3-Series is expected to help the car brand to enhance its market share in the global EV space.

Speaking about the Neue Klasse platform, it will ultimately replace current FAAR and CLAR architectures. It would provide a uniform base for the BMW models to scale up manufacturing flexibility. As BMW claims, the Neue Klasse will usher in a new phase of operations for the brand. This architecture is claimed to offer the German company the flexibility to build electric cars from a 2 Series sized sedan to an X7 sized SUV.