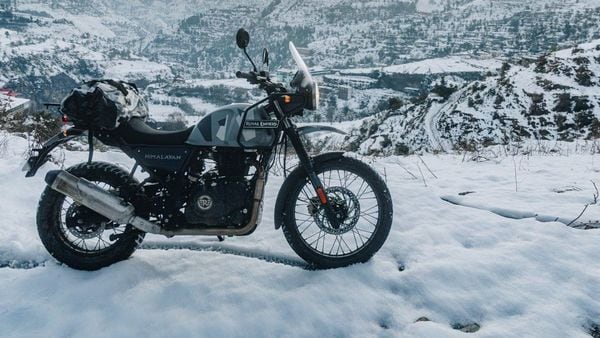 Royal Enfield on Tuesday announced that it has successfully completed the 90° SOUTH expedition, its quest for the South Pole on the popular Himalayan ADV.

The company riders Santhosh Vijay Kumar and Dean Coxson, on a 15-day journey reached the South Pole on December 16th, 2021.

The Royal Enfield team started from Novo in Antarctica from Cape Town, covering an overland distance of 3200 km in 9 days, riding in temperatures as low as -30 to -25 degrees and wind speed of 60kmph, towards Ross Ice Shelf. The company shared that the designated starting point ‘Ross Ice Shelf’ had to be shifted due to unforeseen conditions. “Ross Ice Shelf was the designated starting point for the riders. However, an unexpected blizzard forced the team to alter the course. Instead of starting the ride from 86 South, the team started the ride from 87 degree South," the company said.

The company had modified two Himalayan motorcycles to take on this adventure. Needless to say, these motorcycles were ridden on a compacted snow track to the South Pole, to reduce motorcycle drag and limit emissions to an absolute minimum.

The company additionally added that under its #LeaveEveryPlaceBetter initiative, the Royal Enfield team is also ensuring all waste including human waste is brought back for appropriate disposal, to keep the environment clean.

The Royal Enfield team is currently heading towards Union Glacier, the western part of Antarctica, to fly out to Punta Arenas, Chile.