Himalayan-based Royal Enfield Scram 411 to launch in India in February 2022.The Scram 411 will use smaller wheels, a single-seat, a new rear mudguard, and pillion grab rail etc. It will be positioned lower than the current Himalayan ADV.
By : Prashant Singh
| Updated on: 09 Dec 2021, 12:33 PM 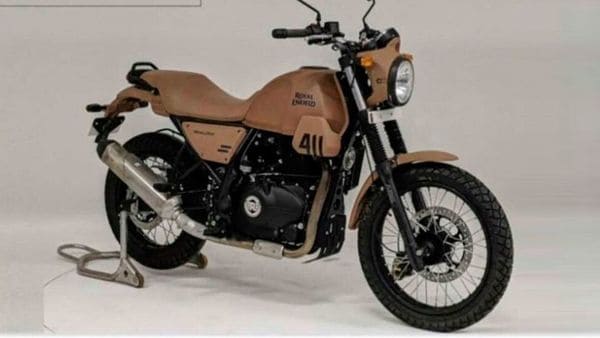 Himalayan based Royal Enfield Scram 411 to launch in India in February 2022.

Royal Enfield has several major launches planned for the next few months, but none for 2021. The very next launch from the company is going to be the more affordable/road-oriented version of the Himalayan ADV which will go on sale in the Indian market in February 2022, sources have confirmed to HT Auto. The bike is also reportedly being called Scram 411, but the official nameplate is yet to be confirmed.

While the Chennai-based bike maker also has several other launches planned but those will take place only after the Scram 411 which will lead the way for new model launches in 2022.

The Royal Enfield Scram 411 will be launched in February'22, my sources suggest. It will be a more affordable version of the Himalayan in India. @royalenfield

The bike in question has already been leaked previously on the internet, and several exterior design details have also been more or less speculated based on the available information. The most prominent piece of detail on the Scram 411 will be its Himalayan ADV-based exterior design with some similarities but major differences as well. It is being said to be the more affordable, or road-biased version of the Himalayan.

The Scram 411 will do away with the long windscreen up front, split seats, standard luggage rack, large front wheel, and more such bits that make the Himalayan an adventure offering, instead, it will use smaller wheels, lesser suspension travel, single-seat and rear pillion grab handle to make it more roadworthy, and improved highway cruising machine.

Details on the powerplant are not confirmed yet, but expect it to use the same LS410, single-cylinder, air-cooled, 4-stroke, SOHC engine that displaces 411cc. Its overall output could also remain unchanged, along with the transmission and gearing.

Most importantly, it will be placed lower than the Himalayan in terms of pricing, making it a more affordable and value offering.