The woman got a call from a South African businessman asking about buying 1,000 Tesla trucks.Even former Walt Disney executive John Lasseter texted her about the Tesla he bought, calling it a "magnificent car".
By : IANS
| Updated on: 22 May 2020, 12:13 PM 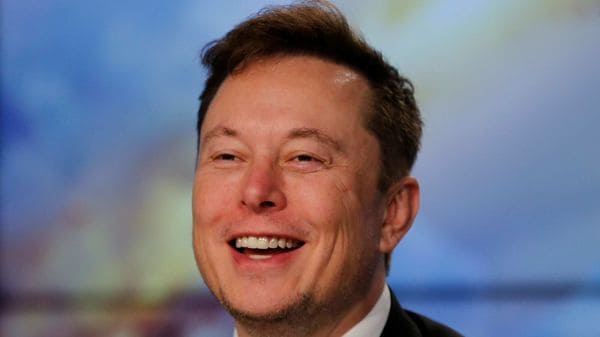 FILE PHOTO: Elon Musk responded saying, "Wow! That number is so old! I'm surprised it's still out there somewhere."

In a bizarre incident, a beauty store worker in San Jose who never heard of Tesla and SpaceX CEO Elon Musk suddenly started receiving calls and text messages meant for Musk one day.

Reason: US telecom major AT&T randomly reassigned Musk's old number to Lyndsay Tucker, a 25-year-old skin care consultant, who had to assure her bosses that she does not work for Musk or any of his firms, reports NPR.

"I asked my mom, 'Hey, I keep getting these text messages' - and I was also now starting to get phone calls - 'for this guy Elon Musk. I don't know who this is. And my mom's jaw just dropped," said Tucker who works at a Sephora beauty store in San Jose, California.

On any given day, she receives at least three calls or texts intended for Musk, whom she has never met.

When Musk came to know about this as NPR sent him an email, he said: "Wow! That number is so old! I'm surprised it's still out there somewhere".

"I assumed I had messed something up. It was a huge relief they weren't looking for me," Tucker was quoted as saying.

Even former Walt Disney executive John Lasseter texted her about the Tesla he bought, calling it a "magnificent car".

"I actually ended up going to the same college as his (Lasseter) son," Tucker said.

One guy decided to text "Musk" directly to find out "how I can purchase that ATV you showed off during the CyberTruck reveal".

Tucker responded: "Sorry buddy this isn't Elon Musk's number and isn't in any way affiliated with him".

Jeff Gold, an Atlanta-area inventor, who did business with Musk in the 1990s, recently sent a text about some new coronavirus research.

After Musk got rid of his old phone number, AT&T randomly reassigned it to Tucker.

Tucker, who is also an aspiring actress, has decided to keep the phone number.

"I'm sorry. Sometimes I don't respond if I'm having a rough day. So if you didn't get a response, it's probably me, not him," she said.