Volvo set for global showcase of new EV, promises to make it stunning

Volvo is looking at playing a greater role, and having a more significant say, in the world of electric mobility.Volvo XC40 Recharge is its first EV offering but the new product - showcase in March of 2021 - is likely to grab maximum attention.
By : HT Auto Desk
| Updated on: 23 Dec 2020, 02:16 PM 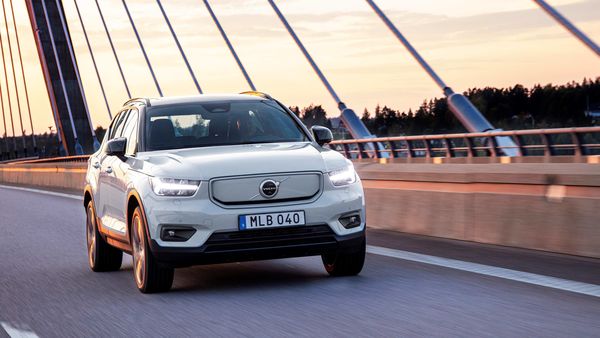 Volvo is looking at making a bigger stir in the world of electric mobility and reportedly plans to showcase its most significant offering yet, in March 2021. The Swedish car maker already has the XC40 Recharge in its product portfolio - yes, it is also coming to India next year, but it's the company's next battery-powered car could light up the road ahead.

According to a report in Automotive News, Volvo has firmed up plans for its next big step in EV product portfolio and while details are sketchy, it could be based on the same compact module architecture (CMA) that also forms the base for the XC40 Recharge. We will keep you a bit in the dark until we show the car, but I promise you it will be a very good-looking car," Volvo CEO Hakan Samuelsson was quoted as saying.

Samuelsson also added that it is imperative for Volvo to play a more significant role in premium and high-price cars in order to remain profitable. He has already said in the past that Volvo could become a car company with only EVs in its garage by the year 2030. This is significant because at least presently, the company is seen as lagging behind rivals - traditional as well as newer ones like Tesla.

It has been confirmed for now though that Volvo will design electric motors in-house for its next generation EV models.

Expect the company to also increasingly concentrate on bringing its products to India in the times to come. In an interview to HT Auto, Charles Frump - MD at Volvo Cars India - had outlined the road ahead. "Volvo is committed to sustainable mobility and plans to bring full portfolio of electric cars in India. This is part of our global commitment to reduce our CO2 footprint per car by 40 per cent by 2025," he had said, adding that the current EV policy in India is 'great' and requires no change. (Read full report here)