Home Auto News Unleash The Superhero In You With This 1,306 Piece Lego Batmobile

Unleash the superhero in you with this 1,306-piece LEGO Batmobile

The new Batmobile Technic set from LEGO comes with realistic movement and mechanisms and is suitable for kids above 10 years as well as adults.The price of the set stands at $99.99 and is available for preorder.
By : HT Auto Desk
| Updated on: 17 Oct 2021, 06:00 PM 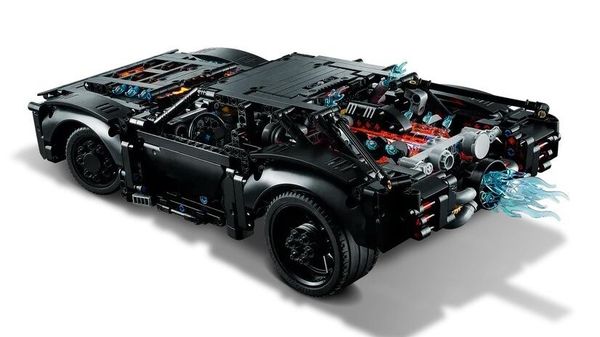 The Batmobile Technic set from Lego

Lego is all set to release a new Batmobile Technic set based on the vehicle that the superhero of the dark will be driving in the upcoming movie ‘The Batman’ starring Robert Pattinson. He will be playing the role of the caped crusader in the upcoming film.

Lego shares that this set is a highly detailed toy car with building features that reflect true-to-life designs. The company states that this set is packed with realistic movement and mechanisms and is suitable for kids above 10 as well as adults. The set has 1,360 pieces and will let the a user replicate the Batmobile from the 2022 movie as close to the real thing as possible.

The replica will feature two light bricks, one red and the other yellow. The former will add a glow to the transparent toy engine located at the back whereas the latter will light up the front grille. It is also packed with realistic features such as steering on the front wheels, differential on the rear wheels, a spinning flame and opening doors and hood. It will also come with moving pistons. The price of the set stands at $99.99 and is available for preorder. Lego will start shipping from November 1. Lego released a Batmobile Lego set back in 2019 that was based on the 1989 Batmobile. This set constitutes 3,306 pieces and was priced at $249.99.

One is yet to ascertain the vehicle that has been used to create the latest Batmobile, although, with the help of the trailer that was released today, one can find some resemblance with the Dodge Challenger. The trailer has already garnered more than one crore views and has created quite a stir among viewers.