The auto dealers body also said it is 'disappointing' that as part of auto ecosystem, no direct benefits for the automobile industry have been announced in the budget.
By : PTI
| Updated on: 03 Feb 2020, 08:39 AM 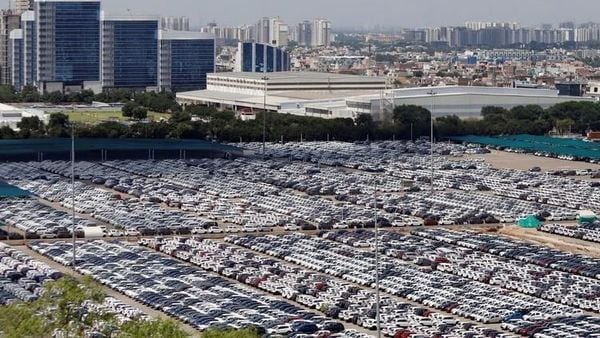 Cars are seen parked at Maruti Suzuki's plant at Manesar, in the northern state of Haryana, India, August 11, 2019. REUTERS/Anushree Fadnavis

Automobile dealers body FADA on Saturday said the government's focus on agriculture, irrigation and rural development in the Union Budget will have a rub-off effect on rural demand in the next 3-4 months if all the measures are implemented immediately.

Though it is an inclusive budget, it lacks immediate demand boosters, he said, adding, it is "disappointing" that as part of auto ecosystem, no direct benefits for the automobile industry have been announced in the FY2021 budget.

"On the other hand, liquidity support for NBFCs will act as a confidence booster for them to lend, helping the auto sector," he added.

A budget allocation for an attractive incentive-based scrappage policy would have been a demand booster for commercial vehicles and also a positive for a cleaner environment and road safety, he said.

The continued focus on infrastructure and especially highways will support CV demand at current levels till high growth revival, Kale said. Also, an indication of rationalisation of GST rates in automobiles would have also brought much respite for the industry which is stumbling under extensive stress for more than a year now, Kale said.

The personal income tax rates under the new regime, if are net tax positive for the taxpayers will act as an immediate sentiment booster, especially for the two-wheeler and entry level passenger vehicles, FADA said.