According to a study, the uptake of ride-hailing services across EU cities poses a risk to the fight against pollution and climate changing emissions.
By :
| Updated on: 22 Nov 2019, 11:50 AM 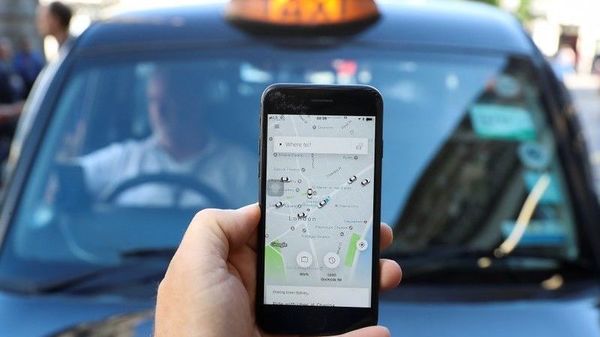 Paris, Nov 21 (AFP) Ride-hailing pioneer Uber, rather than being part of the solution to urban transport may be adding to related problems, especially pollution from diesel cars, a study showed Thursday.

But this "stellar increase in Uber drivers has not been offset by a similar reduction in taxi licences... and Uber's appearance did not accelerate the reduction of car trips in London and Paris."

Instead, "the convenience of door-to-door, app-based trip booking makes travelling by (hired) cars in cities more and more popular, risking a reversal of a 15 year trend of reducing car trips in cities," the Brussels-based TE said in a summary of the study's findings.

By the same token, "the uptake of ride-hailing services across EU cities also poses a risk to the fight against pollution and climate changing emissions."

Uber operations in London, Paris and Brussels likely pump out 525,000 tons of CO2 a year, equivalent to the emissions from 250,000 cars "which runs counter to the cities' ambitions to reduce their climate footprint." These vehicles are mostly diesel, it said, noting that "only in London, where it is mandatory, is Uber making an effort to shift to cleaner, electric-powered vehicles."

Uber is currently unprofitable but valued at around USD 49 billion on the markets as investors buy into its vision of a transport provider in a new world of electric vehicles and reduced greenhouse gas emissions.

"If Uber continues its current business practice of adding more combustion engine cars and fossil-powered kilometres in our cities, it is an obstacle to the transition to green and sustainable cities in Europe," TE said.