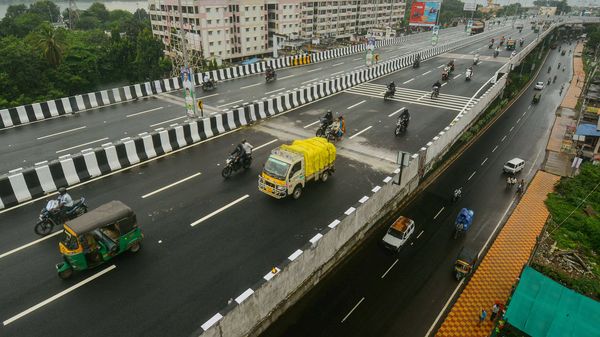 After a delay of over a year, the Andhra Pradesh government on Wednesday issued orders enhancing multi fold the penalties for various traffic rule violations, in accordance with the Motor Vehicles (Amendment) Act, 2019, enacted by the Government of India.

It was way back in August 2011 when Andhra Pradesh was united, that the traffic fines were increased marginally. Though various other states implemented the new legislation passed by the Centre, AP did not do so fearing a public backlash as the Jagan Mohan Reddy government had just assumed office.

As per the new orders, under age driving, which had a penalty of only ₹500 so far, will attract a fine of ₹5,000. Dangerous driving, including use of mobile phone, will now carry a penalty of ₹1,500 for the first offence and ₹10,000 for the subsequent offences. For racing and trials of speed, the compounding fee has been enhanced to ₹5,000 (first offence) from a meagre ₹500 and ₹10,000 for subsequent offences.

Fines for other offences have also been hiked steeply, according to an order issued by Principal Secretary (Transport, Roads and Buildings) M T Krishna Babu. Hike in compounding fees for traffic violations was one of the avenues explored and accordingly the Chief Minister recently gave his nod for revision of the penalties in line with the Central legislation, official sources said.

Sources said the Transport Department alone collected fines to the tune of ₹184 crore in 2019-20 financial year as against ₹324 crore the previous year. No specific target has been fixed for the current fiscal but the collections have so far been 'too minimal', mainly because of the coronavirus lockdown, the sources pointed out.

The police department, on the other hand, has been collecting over ₹300 crore per annum in the form of fines on vehicle users, a top police official said. The compounding amount has only been on the rise with the growing number of traffic violations, he pointed out.

With the fine amounts now increased steeply, the authorities of both transport and police departments hope to mop up a revenue of at least ₹1,000 crore a year through enforcement. "More than the revenue, we want the heavy fines to act as a deterrent to curb traffic violations and ensure road discipline among vehicle users," the police official noted.