Toyota steps up to boost ventilator production in Japan

Carmakers are using their production capabilities to boost the supply of ventilators, considered critical equipment for severely ill coronavirus patients.
By : Bloomberg
| Updated on: 17 Apr 2020, 10:08 AM 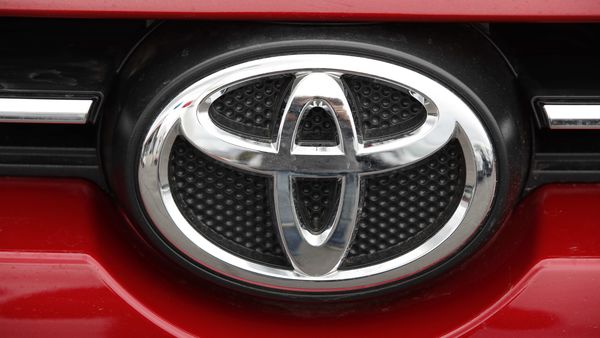 A Toyota Motor Corp. badge is seen on a vehicle at the Brent Brown Toyota dealership in Orem, Utah, U.S., on Monday, April 6, 2020. The coronavirus outbreak will reduce Japanese automakers' combined operating profit by 38% this fiscal year, but the manufacturers may rebound faster than they did after the global financial crisis more than a decade ago, analysts at Goldman Sachs Group Inc. said. Photographer: George Frey/Bloomberg

Toyota Motor Corp. will ramp up ventilator production by working with Nihon Kohden Corp. to prepare for the possibility of a wider coronavirus outbreak in Japan, which has so far avoided spikes in infections seen in the U.S. and Europe.

The medical-equipment maker, Nihon, plans to deliver 1,000 ventilators in the next six months by boosting output fivefold, a spokeswoman said Thursday. Nihon Kohden makes mask-type ventilators domestically, while those to intubate patients are produced in California.

Manufacturers including General Motors Co. and General Electric Co. are using their production capabilities to boost the supply of ventilators, considered critical equipment for severely ill virus patients. Japan has been increasing the availability of hospital beds, but medical experts have warned that there may not be enough ventilators for a sudden increase in infections. Japan now has more than 8,000 cases, compared with almost 640,000 in the U.S. and 2 million infections worldwide.

Nissan Motor Co. is also considering a partnership with a medical company recommended by the government, the economy ministry said Thursday.

The Nikkei newspaper reported Wednesday that Toyota and Honda Motor Co. were lined up to help Nihon Kohden to make more ventilators. Toyota confirmed that it is working with Nihon Kohden, while Honda said it’s considering how it can support measures against the outbreak.

Japan will expand the state of emergency to include the entire country from the current seven prefectures, Abe said earlier, addding that the period will last to May 6. The prime minister also ordered changes to a planned extra budget to take into account calls for cash handouts of 100,000 yen ($930) per citizen.