Car makers around the globe are experiencing the double pain of suspended production and plunging demand as economies shut down and jobs are lost due to the coronavirus pandemic.
By : Bloomberg
| Updated on: 30 Mar 2020, 02:36 PM 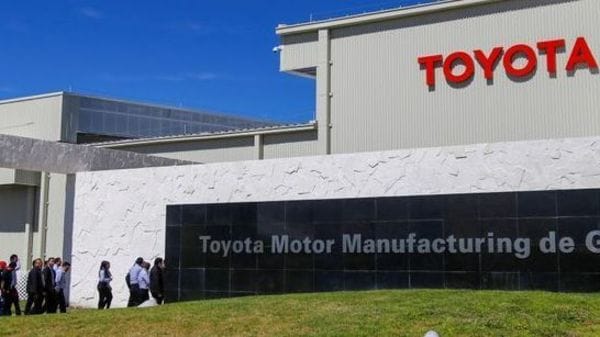 Toyota Motor Corp. and other Japanese automakers reported steep drops in output in February as the coronavirus outbreak accelerated across the world, a sign that business conditions will get worse for them before any improvement.

Japan’s biggest automaker reported that its global production fell 13.8% in February from a year earlier. Worldwide production for the Toyota Group, which includes Daihatsu Motor Co. and Hino Motors Ltd., declined 12.2% to 762,802 units, according to the company. Global sales dropped 4.6%.

Car makers around the globe are experiencing the double pain of suspended production and plunging demand as economies shut down and jobs are lost due to the pandemic. The outbreak may shave 170 billion yen ($1.6 billion) from the profits of Japan’s top five automakers, Goldman Sachs Group Inc. said last month. Last week, Moody’s Investors Service cut the ratings of major automakers, including Toyota.

(Also read: Toyota to make face masks in US to aid coronavirus battle)

Toyota, along with other automakers, suspended some production in China in February. The company is planning to restart all operations in the country this week.

Toyota is temporarily halting production at all plants in Europe, as well as joining Honda in extending the closures of factories in the U.S. and Canada.