Toyota will unveil the new electric sedan as a concept car at the Beijing auto show in April next year.The new EV being readied for the Chinese market will sit below premium EVs such as Tesla's Model Y or the Nio ES6.
By : HT Auto Desk
| Updated on: 05 Dec 2021, 10:38 AM 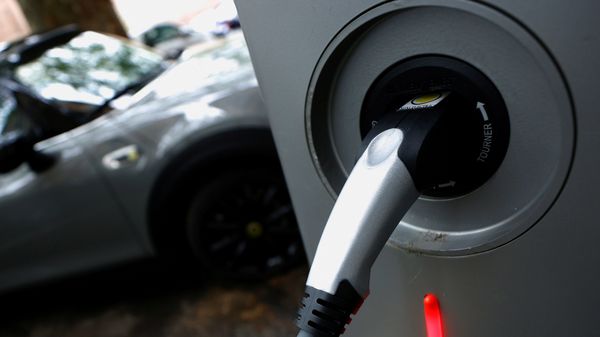 Toyota Motor Corp plans to launch an all-electric small sedan in the Chinese market late next year, and has partnered with a local company - BYD -for key technology, Reuters reported citing sources. The planned vehicle is important for Toyota's turnaround plans as the carmaker  has struggled for years to come up with a small EV that is competitive as well as comfortable.

Toyota's new electric vehicle will use BYD's breakthrough technology in form of a less bulky lithium-iron-phosphate (LFP) Blade batteries and its lower-cost engineering know-how. The carmaker's new EV will be slightly bigger than its compact Corolla car, which is the world's best-selling car of all time.

Toyota will unveil the new electric sedan as a concept car at the Beijing auto show in April next year, and will then be launched as the second model in the company's new bZ series of all-electric cars. The electric sedan will only be on sale in China for now.

The new EV being readied for the Chinese market will sit below premium EVs such as Tesla's Model Y or the Nio ES6 but will sit above the ultra-cheap Hong Guang Mini EV, which is now China's best-selling electric vehicle.

The fact that Toyota has been compelled to turn to BYD to solve its low-cost EV conundrum shows how far the competitive balance of the global auto industry has tipped in the past decade. Also, the carmaker's new EV comes at a time when the company is under fire from environmental groups viz-a-vis its commitment to zero emissions. Toyota has been said to be more interested in prolonging the commercial usefulness of the hybrid technology.