Toyota hits big on EV pitch, will sell only zero-emission cars in Europe

Toyota will roll out seven electric cars under its bZ nomenclature by 2025.Toyota, the world's largest car maker, is looking at achieving carbon neutrality by 2050.
By : HT Auto Desk
| Written By : Shubhodeep Chakravarty
| Updated on: 02 Dec 2021, 08:12 PM 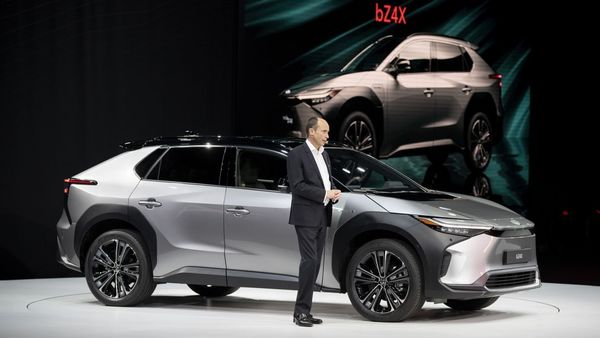 Toyota Motor Corp. has announced it will sell only zero-emission vehicles in Europe by 2035 in what is widely being regarded as a definite, even if very ambitious, move by the world's largest automaker. Toyota may currently not be counted as a company with a podium place in the electric vehicles' list of honour but it is relying on its prowess in the hybrid space to meet its clean mobility goals.

Toyota is looking at achieving half its sales in western Europe through zero-emission vehicles by the end of this decade. At present, the company expects just 10% of total sales here to come through such vehicles by 2025.

But Toyota is looking at going big and boisterous thereafter even if the company is also banking on European Union to come good on its focus on massively expanding infrastructure that is crucial to support new-age vehicles. “Moving beyond 2030, we expect to see further ZEV demand acceleration and Toyota will be ready to achieve 100% CO2 reduction in all new vehicles by 2035 in Western Europe, assuming that sufficient electric charging and hydrogen refueling infrastructures are in place by then, together with the renewable energy capacity increases that will be required," said Matt Harrison, President and CEO of Toyota Motor Europe.

Infrastructure support would be crucial for almost every other OEM as well. Volkswagen, for instance, aims to stop selling ‘conventional’ cars in Europe by 2035. Mercedes-Benz is looking at going all electric by 2030 in regions where possible. Tesla, the current leader in EV space, is only into electric vehicles and so, is likely to continue focusing on expanding its lead the world over.

In all of this, Toyota may not want to be left behind. Its much-touted bZ4X electric vehicle is closing in on a global debut and would be the first under the ‘bZ’ or ‘Beyond Zero’ lineup. The Toyota bZ4X EV will be based on is Toyota’s dedicated electric vehicle architecture e-TNGA. This EV-specific platform has been jointly developed with Subaru. Select variants of the upcoming Toyota EV will also come with a solar panel on the roof and will be available in two different powertrain options. The FWD variant will get power from a 71.4 kWh battery pack while the AWD variant will get dual electric motor powering both axles.

For a company that is often regarded as pioneers of hybrid technology - yes, Prius pops right into everyone's mind, the possibilities and challenges may be aplenty for Toyota.