Home Auto News Toyota In Trouble, May Have To Pay Big Bucks Over Diesel Lawsuit In Australia

Toyota in trouble, may have to pay big bucks over diesel lawsuit In Australia

Toyota is in the eye of storm for allegedly installing faulty diesel particulate filters on models like Fortuner, Hilux and Prado.
By : HT Auto Desk
| Updated on: 08 Apr 2022, 12:11 PM 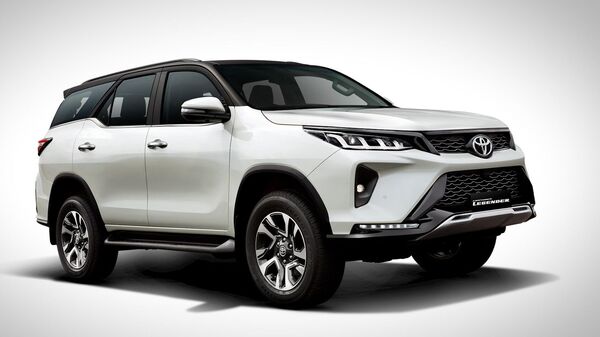 File photo of Toyota Fortuner Legender. Image has been used for representational purpose.

Toyota may be in big trouble Down Under with chances of the Japanese auto major having to pay around US $ 1.5 billion to owners over a diesel lawsuit in Australia. Accused of installing faulty diesel particulate filters in a class-action lawsuit, a federal court found that this led to a reduction in values of the affected vehicles.

Australian media reported that the lawsuit covers around 2.64 lakh units of Toyota Hilux, Fortuner and Prado. Diesel particulate filters of these cars, designed to bring down emissions, may have been faulty which potentially led to lower fuel efficiency as well as opening the possibility of wear and tear of the engine. Therefore, it is estimated that if all owners of these vehicles claim damages, the amount Toyota could end up paying would be well over a billion dollars. “Hundreds of thousands of ordinary Australian consumers who bought these vehicles are [now] entitled to be awarded damages for the losses they suffered as a result," Ken Williams, the lead applicant, said in a statement, as per CarScoops. “I hope today’s judgment provides a degree of comfort to people who, like me, have had to deal with the disappointment, inconvenience, and extra cost of owning these vehicles."

Toyota too has reportedly issued a statement in which the company says it is reviewing the judgement. “At every step, we believe that we have implemented customer-focused and technically grounded remedies to resolve customers’ concerns. Toyota will carefully consider the initial trial judgment before making any further comment."

In many parts of the world, there are very strict safety and emission norms that every automotive brand has to follow. In recent times, several auto brands have been proactively issuing recall orders which while affecting image, saves the company from the possibility of being sued or inspected by safety regulators of various countries.