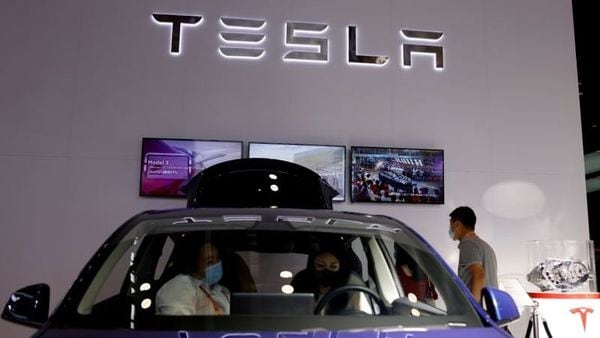 Electric vehicle giant Tesla sold a total of 44,264 China-made electric vehicles in August, including 31,379 units meant for export to other markets, as per data from the China Passenger Car Association (CPCA). The EV maker also managed to increase local deliveries in the country, which jumped to 12,885 units last month from 8,621 units in July.

The sales figures in August is an increment from the previous months' figures. The company, which makes Model 3 electric sedans and Model Y electric sport-utility vehicles in Shanghai, sold 32,968 locally-made vehicles in July and 33,155 units in June.

The rise in sales figures is a relief to the carmaker that continues to face increased public scrutiny in China from both regulators and the public. This comes at a time when the company is also witnessing a stiff competition from local rival EV makers such as Nio and BYD.

In order to mount challenge in the electric vehicle space and gain larger market share, Tesla has introduced a cheaper version of the Model Y electric sedan in China in July. It has also lowered the starting price for its Model 3 electric sedans.

Apart from challenges from local rivals and public scrutiny, Tesla is also struggling with the global semiconductor chip shortage in its key markets. The company had to halt some operations at its factory in Shanghai last month, Bloomberg reported. Part of a production line at Tesla's China plant was halted for about four days in August.

One particular shortage was to do with the availability of electronic control units and small devices that control electrical systems in a car, the report stated. This shortage caused delay in output of Model Y units in the country. However, production is now back to normal at the electric carmaker's manufacturing unit.