A new survey by Morning Consult reveals that the news about Tesla autopilot-related crashes has failed to reach majority of general public.

While EV giant Tesla is being probed by the US National Highway Traffic Safety and Administration agency (NHTSA) for its autopilot-system-related crashes, there have been concerns about safety of autonomous vehicles. A new survey conducted by Morning Consult in the US last month revealed that 47% adults believe self-driving vehicles are less safe than normal human-driven ones. 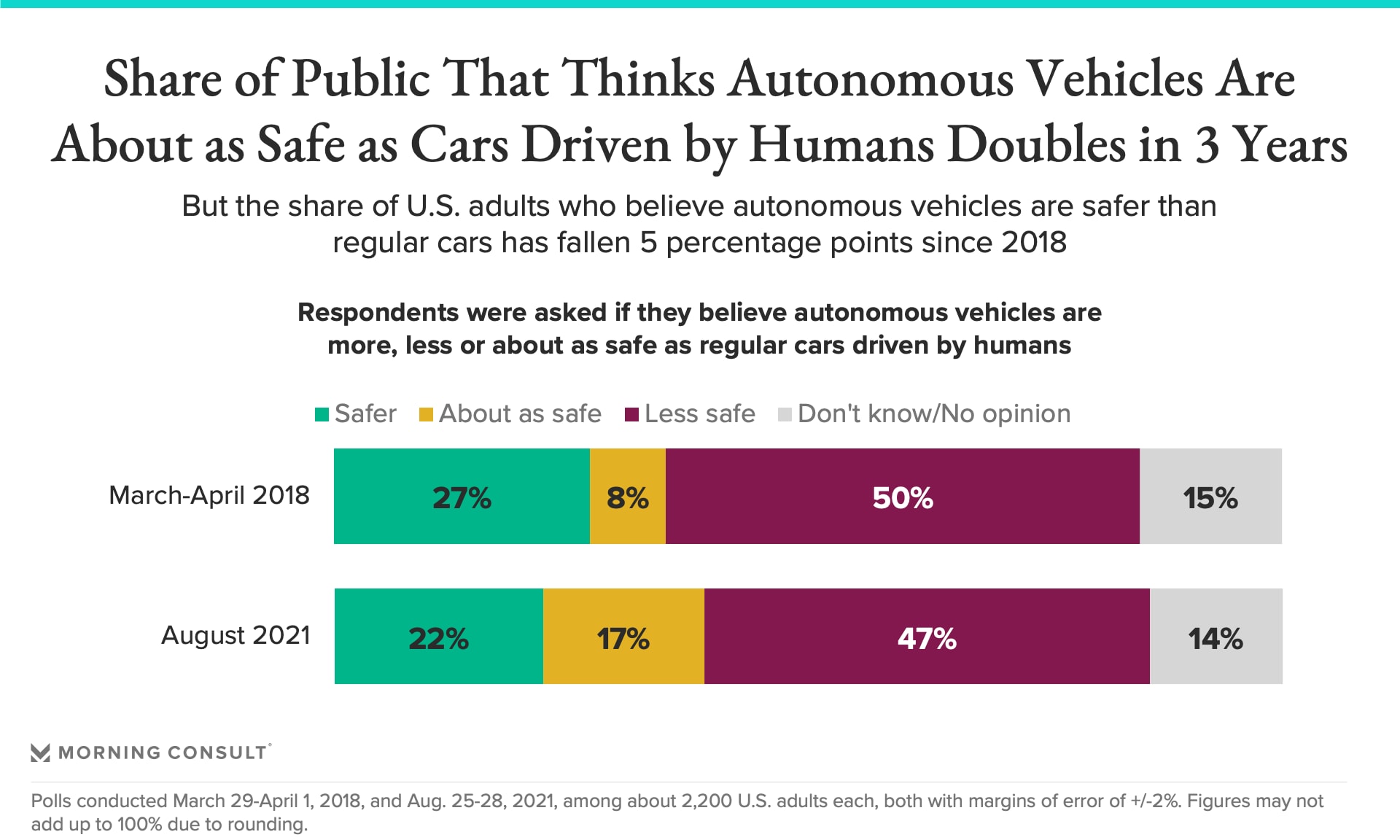 A new survey conducted by Morning Consult in the US last month on safety of autonomous vehicles. (morningconsult.com)

While the Tesla crashes involving autopilot system have gained major attention from safety agencies and regulators, the survey reveals that the news has failed to reach majority of general public. The poll states that only one in ten US citizens had heard ‘a lot’ about the Tesla autopilot crashes and the investigation opened in its aftermath.