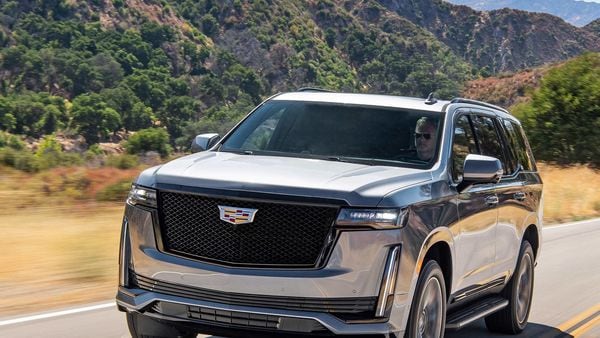 This photo provided by General Motors shows the 2021 Cadillac Escalade, a three-row luxury SUV with a standard V8 engine and enormous digital display screens. (Courtesy of General Motors via AP)

Emissions from passenger cars fell by less than the UK government expected before last year, in part because of the rising popularity of sport utility vehicles.

Average emissions from new cars in Britain fell 13% from 2011 through 2016, then increased 6% through 2019, the National Audit Office said in a report Friday. Several factors combined to cancel out any progress from sales of battery-powered vehicles, including surging demand for SUVs, increased road traffic and revisions in the way emissions are measured in the wake of the industry’s diesel scandal.

SUVs climbed to a quarter of new-car sales in 2019 from just 6% in 2008, according to the report. The spending watchdog doesn’t analyze emissions data for 2020, when the UK saw record sales of electric vehicles.

Registrations of battery-electric cars soared 186% last year, while plug-in hybrids surged 91%. The two segments combined made up about a 10th of deliveries, up from a 30th in 2019.

The rise of SUVs has been a global phenomenon with more than 200 million on roads worldwide, up from 35 million in 2010, the International Energy Agency said in 2019. The IEA said then that SUVs were the second-largest contributor to the increase in global carbon-dioxide emissions since the beginning of the decade, behind the power sector but ahead of heavy industry, trucking and aviation.