Union Transport Minister Nitin Gadkari has been asked to appear and explain how the government plans to replace polluting vehicles with EVs.
By : PTI
| Updated on: 19 Feb 2020, 17:51 PM 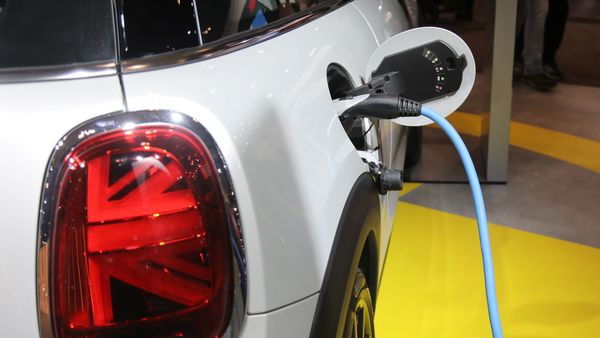 The Supreme Court Wednesday expressed desire to interact with the Transport Minister Nitin Gadkari on the proposal for gradual conversion of all public transport and government vehicles into electric vehicles (EVs) to curb air pollution.

The apex court, however, did not seek presence of the minister after Additional Solicitor General A N S Nadkarni raised objection.

A bench, headed by Chief Justice S A Bobde, enquired from Nadkarni as to whether the minister can come over for an interaction to assist this court.

"Can the minister come to Supreme Court and explain proposal to introduce non-polluting vehicles run on electricity/hydrogen," the bench asked the law officer.

Nadkarni raised objection, saying the appearance of the minister can be misused for political purposes.

He added however that there was nothing wrong in politicians appearing before the court.

"We understand that Mr Prashant Bhushan is a political person but he is not going to argue with the minister," the bench said.

Without seeking the presence of the transport minister, the top court further said: "We consider it appropriate that all the issues be considered simultaneously with the assistance of authority empowered to take decision."

It then put up the matter for hearing after four weeks.

During the hearing, Bhushan, appearing for NGO - CPIL, said that as per the National E-Mobility Mission Plan (NEMMP), 2020 EVs were to be procured by the government.

The authorities were also required to provide charging points for electric vehicles at public places like malls and petrol pumps.

Bhushan also said that under the scheme the authorities were required to promote sale of EVs by providing subsidies.

The bench adjourned the hearing for four weeks and ordered that in the meantime all issues relating to EVs be considered by the government with the assistance of an authority empowered to take decisions.