The government had raised excise duty on petrol by ₹13 per litre and that on diesel by ₹16 a litre in two tranches to mop up gains arising from international crude oil prices falling to a two-decade low.
By : PTI
| Updated on: 18 Jan 2021, 14:23 PM 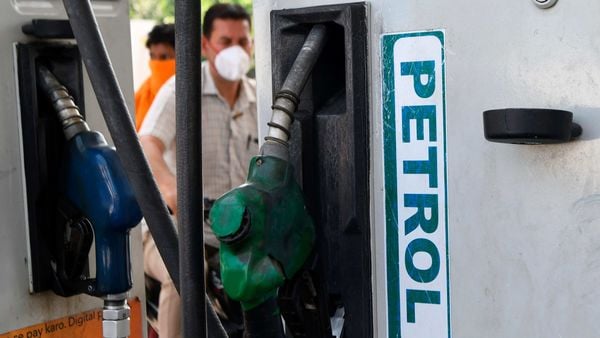 While the pandemic pummelled tax collection across the board, excise duty mop-up jumped 48 per cent in the current fiscal on the back of a record increase in taxes on petrol and diesel, that more than made up for the below normal fuel sales.

This despite the fact that over 10 million tonnes less diesel - the most used fuel in the country - was sold during the eight months period.

Diesel sales during April-November 2020, stood at 44.9 million tonnes as compared to 55.4 million tonnes a year back, according to data from the oil ministry's Petroleum Planning and Analysis Cell (PPAC).

While Goods and Services Tax (GST) apply on most products since its introduction in 2017, oil products and natural gas has been kept out of its preview. Excise duty, which accrues to the centre, and VAT that goes to the state government, are levied on their sale.

Industry sources said the jump in excise duty was primarily because of a record increase in taxes on petrol and diesel during March and May last year.

The government had raised excise duty on petrol by ₹13 per litre and that on diesel by ₹16 a litre in two tranches to mop up gains arising from international crude oil prices falling to a two-decade low.

With this, the total incidence of excise duty on petrol rose to ₹32.98 per litre and that on diesel to ₹31.83 a litre.

Central excise duty makes up for 39 per cent of petrol and 42.5 per cent of diesel. After considering local sales tax or VAT, the total tax incidence in the price is about two-third of the retail rate.

The excise tax on petrol was ₹9.48 per litre when the Modi government took office in 2014, and that on diesel was ₹3.56 a litre.

The government had between November 2014 and January 2016, raised excise duty on petrol and diesel on nine occasions to take away gains arising from plummeting global oil prices.

While basic excise duty on crude is not so significant, it is ad valorem (a certain percentage of value) on ATF at 11 per cent and on natural gas-compressed 14 per cent. In case of an ad valorem system, earnings happen only if the product price goes up.