Porsche had earlier said that it will start producing high-performance battery cells.  Porsche will also invest more than one billion euros in the next 10 years to decarbonise with the help of wind turbines, solar energy and other measures.
By : HT Auto Desk
| Updated on: 11 Sep 2021, 15:40 PM 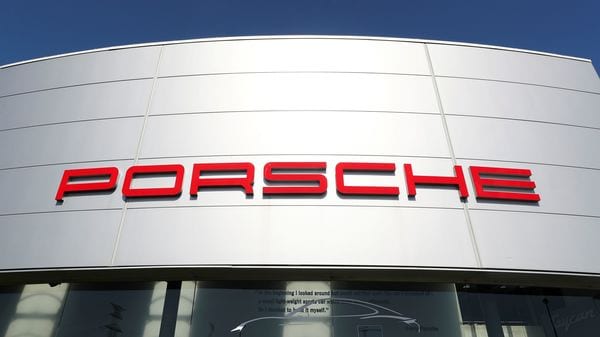 As automakers are firmly progressing towards their electrification goal, Porsche too is doing its bit. The sports car manufacturer has announced that it will be turning 80 percent of its vehicles into electric vehicles by 2030. Focusing on incorporating environment-friendly methods in the manufacturing process, Porsche is aiming to be as sustainable as possible.

Earlier, Porsche also declared that in a joint venture with Customcells, it will start the production of high-performance battery cells. The company has invested a high double-digit million euro amount in the new Cellforce Group GmbH. The latter's production facility is scheduled to go into operation in 2024 with an initial annual capacity of at least 100 MWh. Therefore, it will be able to produce batteries for around 1,000 motorsport and high-performance vehicles.

Manufacturing battery cells is not only one of the focal points of the brand but also the process through which these batteries are built. The sports car maker had mentioned that its first all-electric model Porsche Taycan's high-performance cells are being manufactured using renewable energy sources.

Michael Steiner, member of the executive board for research and development at Porsche AG shared that Porsche aims to achieve a carbon-neutral balance sheet overall by 2030. “This means that a low carbon footprint, closed-loop recycling and sustainability are increasingly becoming the prime focus," he added. The company will also invest more than one billion euros in the next 10 years to decarbonise with the help of wind turbines, solar energy and other measures to protect nature.

With its sustainability goals at the forefront, Porsche recently introduced its Mission R concept car at the IAA Munich Auto Show. The company claimed it to be a combination of state-of-the-art technologies and sustainability. Porsche has incorporated sustainable products to create the body of the car. Under the hood, its two newly-developed electric motors can generate a power output of 1072 hp in its so-called qualifying mode.