Traders said crude prices were also hit by fading prospects for a quick deal on a new US stimulus, and increasing oil output from Libya.
By : Reuters
| Updated on: 29 Oct 2020, 10:53 AM

Oil prices fell more than 5%, sending Brent to a four-month low on Wednesday as surging coronavirus infections in the United States and Europe lead to renewed lockdowns and expectations that unsteady economic demand will worsen.

Also weighing on the market, US crude stockpiles rose more than expected last week as production surged in a record build, according to the US Energy Information Administration.

"Certainly the increase in oil production led to a unexpected build of crude oil, and given the additional lockdowns we are seeing in Europe, that is just further heaping bad news on the oil market," said Andy Lipow, president of consultants Lipow Oil Associates.

Crude price declines mirrored downturns in other risk-asset markets, as US stock indexes were all lower, with the S&P 500 down 3%. 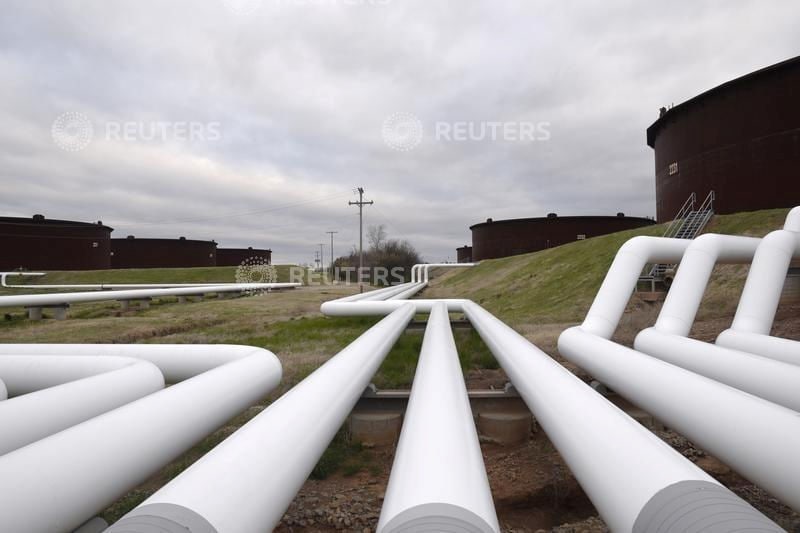 The safe-haven US dollar rose 0.5% on prospects of national lockdowns in Germany and France to fight the pandemic. The stronger dollar makes oil more expensive for holders of foreign currencies, which traders said weighed on crude prices.

The United States, Russia, France and other countries have registered record numbers of Covid-19 cases in recent days and European governments have introduced new curbs to try to rein in the fast-growing outbreaks.

Traders said crude prices were also hit by fading prospects for a quick deal on a new US stimulus, and increasing oil output from Libya.

On Tuesday, US President Donald Trump acknowledged that a coronavirus economic relief package was unlikely until after next week's election.

"Covid-19 restriction measures are in the driving seat of oil price formation still, with the US election in a firm second place, followed by other news such as Libya (and) crude stock numbers," Bjornar Tonhaugen, head of oil markets at Rystad Energy, said.

Libya's production is expected to rebound to 1 million barrels per day in the coming weeks.

Around half of US offshore Gulf of Mexico production has shut ahead of Hurricane Zeta, which is expected to slam into the Gulf Coast later Wednesday.