Nikola's shares have lost more than half their value since announcing on September 8 a prospective alliance with General Motors Co to produce an electric pickup and fuel cell commercial trucks.
By : Reuters
| Updated on: 01 Oct 2020, 10:25 AM 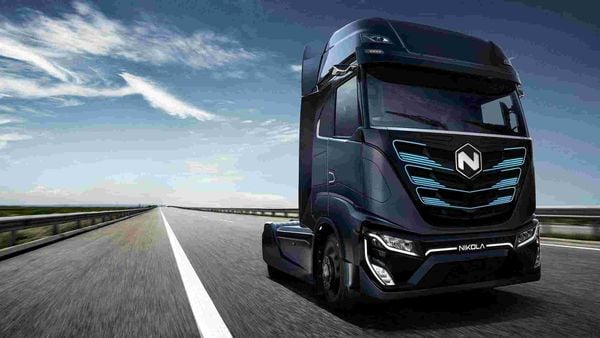 Nikola Corp Chief Executive Mark Russell said Wednesday he is confident the electric and hydrogen fuel cell vehicle startup will close a deal with an energy partner, and he defended the company's technology and strategy against a short-seller's fraud allegations, sending shares up almost 21% at one point.

Russell told Reuters he is confident Nikola will still announce by year-end a collaboration to build hydrogen-refueling stations. There have been reports this week that Nikola's talks with energy firms, including BP Plc, had stalled.

"We've talked to all of those folks and those discussions are continuing," he said in an interview. "We're confident that we're still going to hit the milestones laid out there of announcing a partner by the end of the year and getting stations going starting next year."

(Also read: Race for electric trucks is on as Nikola readies prototypes for 2021 launch)

Milton resigned and left the company on Sept. 21 and was replaced by Steve Girsky, whose firm took Nikola public earlier this year through a reverse merger.

Nikola's shares have lost more than half their value since announcing on Sept. 8 a prospective alliance with General Motors Co to produce an electric pickup and fuel cell commercial trucks.

On Wednesday, Nikola stepped up its efforts to regain investor support with a lengthy statement defending its business model and technology. It reaffirmed its timetable for launching vehicles and announcing partnerships.

Nikola said it still expects to break ground on its first commercial hydrogen station in the second quarter of 2021.

Girsky, who joined Russell in the interview, said Nikola will be as much a service provider, generating revenue from refueling and other after-sale businesses, as a manufacturer of vehicles.

"Downstream revenue is more profitable and less cyclical. To be able to capture that revenue is pretty powerful to us," Girsky said.

Russell said talks continue to finalize an alliance with GM but declined further comment. Nikola had previously said it expected to finalize terms prior to Sept. 30.

GM also affirmed Wednesday that the talks with Nikola continue.

Russell said Nikola's success did not depend on partners, but they "increase the odds of succeeding."

JP Morgan analyst Paul Coster said in a research note Nikola is trying to "re-establish control of the narrative around the company." He said closing the GM deal is the most important near-term catalyst and Nikola's strategy remains compelling although execution risks remain.