The government can encourage people to scrap their old vehicles by issuing rebates on the goods and services tax, road taxes and registration fees, as per FADA.Lack of infrastructure to handle scrapping or recycling millions of vehicles is also a concern that needs to be addressed.
By : Bloomberg
| Updated on: 10 Feb 2021, 17:41 PM 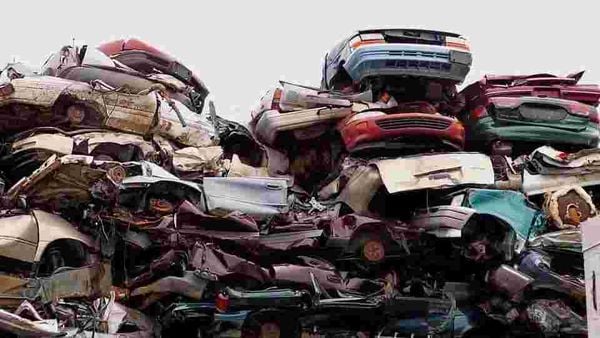 India’s plan to take millions of old gas-guzzling cars and pollution-belching trucks and buses off the roads may be stymied by a lack of incentives for owners and infrastructure to recycle the vehicles.

As part of efforts to tackle the nation’s life-shortening air pollution, cars more than 20 years old and commercial vehicles more than 15 years old will need to undergo fitness tests, Finance Minister Nirmala Sitharaman said in the Feb. 1 budget. The program could cover around 5.2 million passenger vehicles and 3.7 million commercial vehicles, according to the Federation of Automobile Dealers Associations.

Automakers are also counting on the plan to boost sales, which have been smashed by a widespread fall in demand amid the pandemic-induced recession, and after lockdowns shuttered showrooms and factories last year. Mahindra & Mahindra Ltd., India’s largest SUV maker, last year reported its first quarterly loss in nearly two decades, and Maruti Suzuki India Ltd. posted its first-ever loss in the three months ended June 30.

However, no details have been announced on how owners will be compensated for handing in their old vehicles, making it unclear how beneficial the program will be for the auto industry. A U.S. “cash-for-clunkers" program in 2009 offered buyers discounts of as much as $4,500 to trade in older cars and trucks for new, more fuel-efficient vehicles. More recently, Germany has rolled out a 1 billion euro ($1.2 billion) program to encourage truck owners to trade up to more fuel-efficient vehicles.

“I don’t think anyone in India is going to scrap anything unless there’s a real strong reason for them to do it and the value of incentive is pretty high, given that it’s voluntary," Mahindra Executive Director Rajesh Jejurikar said on an earnings call Friday.

Truckmaker Ashok Leyland Ltd. is waiting for more details on the program after the auto industry requested an incentive-based policy for it to be effective, the Chennai-based company said in a statement after the budget. 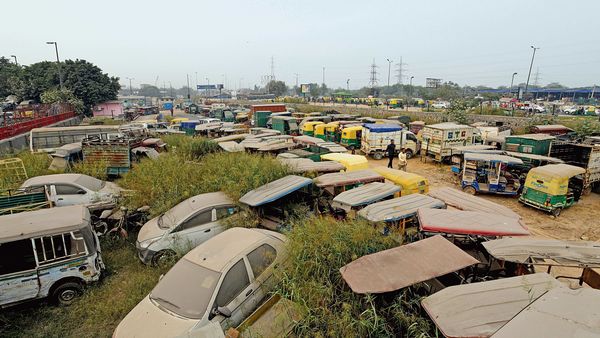 The scrappage policy will pave the way for new vehicles. (MINT_PRINT)

Another hurdle is a lack of infrastructure to handle scrapping or recycling millions of vehicles. Apart from a joint venture between state-owned MSTC Ltd. and Mahindra, recycling is handled by informal small-scale outfits.

“A lot of work has to be done in coming months to make this policy successful," Satyakam Arya, chief executive officer at Daimler India Commercial Vehicles Pvt., said in an interview with Bloomberg Television. India needs organized scrapping centers compliant with state pollution standards and a robust IT infrastructure to de-register outdated vehicles, he said.

Putting cleaner vehicles on the roads is key to tackling one of the worst air pollution problems in the world. Delhi, along with several cities in north India, are among the most-polluted globally. The toxic air costs the country as much as 8.5% of its gross domestic product, according to World Bank calculations, as well as shortening the lives of citizens.

The government can encourage people to scrap their old vehicles by issuing rebates on the goods and services tax, road taxes and registration fees, FADA President Vinkesh Gulati said. However, the government’s ability to offer any significant incentive will be constrained by a drop in revenue during the pandemic.

“Unless and until we know what the carrot to scrap vehicles is, it’s difficult to say how beneficial the policy will be," Gulati said.

One option to fund the program could be a proposed “green tax" on old vehicles that are found to pollute the environment.

“I’m assuming revenue from the green tax on older vehicles will be used" to fund the program, Mahindra Managing Director Pawan Goenka said. “These two will go hand in hand."

Shares of Indian automakers jumped after the budget as investors anticipated the policy will spur demand for new vehicles. The S&P BSE Auto index has climbed about 11% since the announcement.

Truck and bus manufacturers will benefit more than carmakers, with Tata Motors Ltd., Ashok Leyland and Eicher Motors Ltd. set to gain the most, according to Jigar Shah, CEO at Maybank Kim Eng Securities. Trucks and buses will be the first to be scrapped because they are more polluting than passenger vehicles, while car owners can get better value in the used-vehicle market than discarding their vehicles, he said.