The government in its advisory said that the transport departments of States and UTs are requested to implement the system of registration of vehicles based on production of type approval certificate and Form 22.
By : PTI
| Updated on: 11 Feb 2020, 10:59 AM 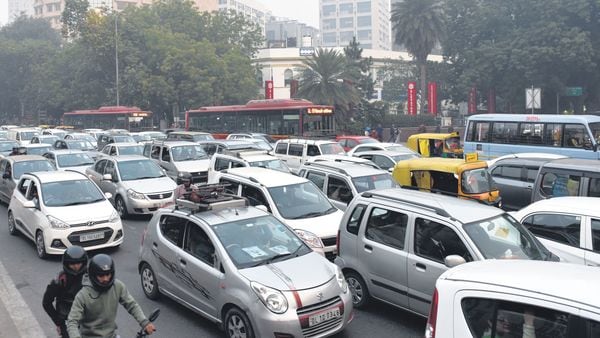 Taking note of delays in registration of vehicles in some states due to inspection of the model despite valid documents, the Centre on Monday asked the states and UTs to register automobiles as per the rules under the Motor Vehicle Act.

The Union Road Transport and Highways Ministry has issued an advisory to the states and the Union Territories in this regard.

"The Ministry of Road Transport & Highways has issued an advisory to all State / Union Territory (UT) Administrations to implement the system of vehicle registration as per Rules notified under the Central Motor Vehicle Act 1988," the ministry said.

The ministry in its advisory stated that it has come to its notice that in some states vehicles are not being registered in spite of vehicles having Valid Type Approval (Road Worthiness, Certificate from authorised testing agencies) and that each model of the vehicle is subjected to physical inspection by the State Transport Department before the registration.

“VAHAN system provides a mechanism for the inventory of vehicles being uploaded by the vehicle manufacturers against valid type approval certificates.

"Unless and until there are reasons for disputing the specifications of vehicles supplied, the pre-inspection of a model of vehicle, already type approved should not be resorted to as it leads to unnecessary delay and harassment. Transport departments of States and UTs are requested to implement the system of registration of vehicles based on production of type approval certificate and Form 22," the ministry stated.

The statement said all authorised testing agencies carry out testing of prototype of the model and provide the type approval certificate.

Form 22 is a quality certificate for compliance with pollution standards, safety standards of components and road worthiness.