Delhi-Meerut Expressway may remain toll-free till July. Here’s why 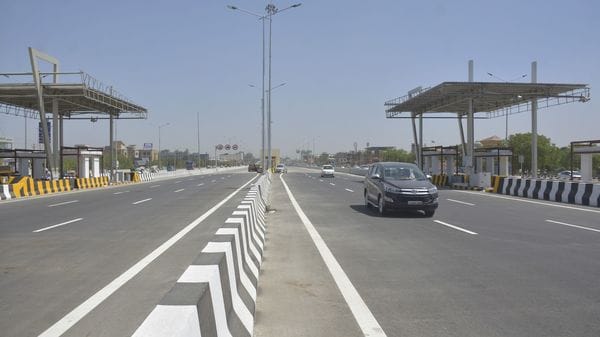 A view of the Delhi-Meerut Expressway which has been opened to the public on April 1, 2021. (Photo by Sakib Ali /Hindustan Times)

The 82-km-long Delhi-Meerut expressway was formally thrown open for use by Union Minister Nitin Gadkari on April 1.

The National Highway Authority of India (NHAI) has already completed a month-long trial of the automatic number plate reader. The system is build to help deducting toll fees for the highway without stopping vehicles at toll gates. This will ensure free flow of high speed traffic without any chances of queues.

Mudit Garg, who is the Project Director at NHAI, has said the chances of toll recovery are slim right now because toll rates have not been determined by NHAI yet. He also said that preparations are being made to determine toll rates which may take up to two months. Which essentially means that vehicles may ply on the Delhi-Meerut Expressway without paying toll till July.

The Delhi-Meerut Expressway has 60 kms of expressway and 22 kms of national highway. The project has been developed at a cost of ₹8,346 crore. Facilities like ambulance, crane, petrol pump, restaurants, maintenance of vehicles shops have been developed for the convenience of commuting vehicles on the expressway.

Besides such facilities, the Delhi-Meerut Expressway also has provisions for cyclists and pedestrians. There is over 2.5 meters cycle corridor and 2 meters-wide footpath alongside the roads on phase 1 and phase 2 of the expressway.