Amazon orders hundreds of trucks that run on natural gas

Transportation companies are building their stable of electric vehicles to reduce carbon emissions.
By :
| Updated on: 07 Feb 2021, 12:46 PM 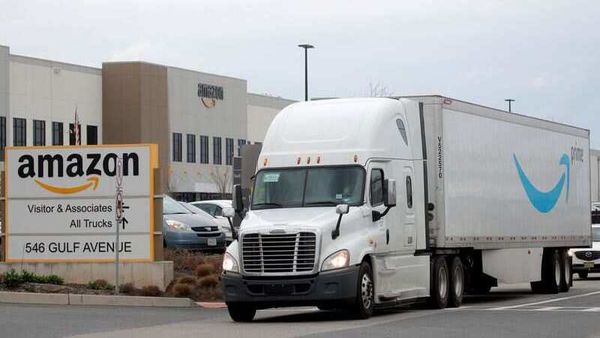 Amazon.com Inc has ordered hundreds of trucks that run on compressed natural gas as it tests ways to shift its U.S. fleet away from heavier polluting trucks, the company told Reuters on Friday.

Transportation companies are building their stable of electric vehicles to reduce carbon emissions. Much of the nation's freight is delivered via medium- and heavy-duty trucks, which account for more than 20% of the industry's greenhouse gas emissions even though they make up less than 5% of the road fleet, according to U.S. federal data.

"Amazon is excited about introducing new sustainable solutions for freight transportation and is working on testing a number of new vehicle types including electric, CNG, and others," the company said in a statement.

Amazon has ordered more than 700 compressed natural gas class 6 and class 8 trucks so far, according to the company.

The engines, supplied by a joint venture between Cummins Inc and Vancouver-based Westport Fuel Systems Inc, are to be used for Amazon's heavy-duty trucks that run from warehouses to distribution centers. More than 1,000 engines that can operate on both renewable and non-renewable natural gas have been ordered by the supplier, according to a source familiar with the situation.

Electric-powered motors are considered less viable for heavy-duty trucks than for the average passenger vehicle.

Other transportation companies are also experimenting with ways to reduce emissions.

In 2019, United Parcel Service Inc announced plans to buy more than 6,000 natural gas-powered trucks over three years and step up purchases of renewable natural gas (RNG) as part of a $450 million investment to reduce the environmental impact of its 123,000-vehicle fleet.

RNG and natural gas from fossil fuel are both methane gases and can be used interchangeably. RNG is derived from decomposing organic matter such as cow manure on dairy farms, discarded food in landfills and human waste in water treatment plants. It also prevents naturally occurring methane - a powerful greenhouse gas - from being released into the environment.

Amazon shares were down 0.1% in post-close trading. Shares of Cummins rose 4%, while the U.S.-listed shares of Canada-based Westport surged, gaining 47% in the aftermarket session.