Nissan would hope for a revival story with the help of a refreshed Rogue crossover.Nissan's global vehicle sales tumbled 11% during the quarter.
By : Sabyasachi Dasgupta
| Updated on: 07 Apr 2020, 11:48 AM 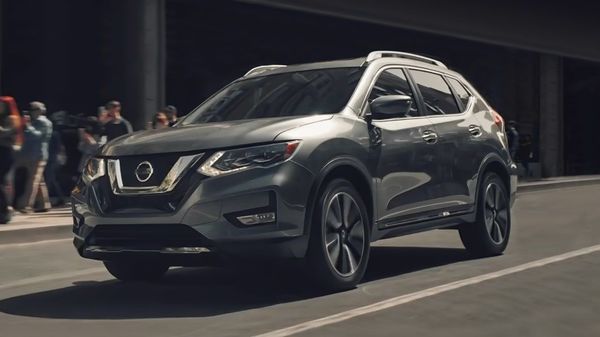 Nissan Motor has expressed confidence that the company will be able to roll out the first of the Rogue crossovers this year, as scheduled earlier. The commitment comes at a time when carmakers around the world are grappling with a two-edged challenge from coronavirus outbreak and an ongoing slowdown.

The Rogue crossover, which is known as the X-Trail in India and some other markets, is Nissan's best-selling model and one of the top-selling cars in the US. It was first launched in 2013. The second generation Rogue came with updates later in 2017.

The crossover is likely to be powered by a 2.5-litre gasoline engine, the power of which is 170 hp, as well as an all-wheel drive system and a CVT. The latest version could come with a plug-in hybrid model as well, which will be a first from the Japanese carmaker.

The look of the new Rogue crossover is still not official yet.But it is unlikely to get major changes or look distinctly different from its earlier avatars. The only changes that are expected in the new crossover are an updated grille and new set of LED headlights.

Nissan would hope for a revival story with the help of a refreshed Rogue crossover. Nissan's global vehicle sales tumbled 11% during the quarter, its brand image hurt badly by years of heavy discounting in the United States and other countries.

Sales dropped 18% in the United States, with once popular models like its Rogue SUV crossover and its Sentra sedan falling out of favour.

Coronavirus has caused Nissan and others to shut down factories around the world to help slow the spread of the disease. Besides the pandemic and dwindling sales, Nissan is also tackling its own internal issues over the Carlos Ghosn scandal.