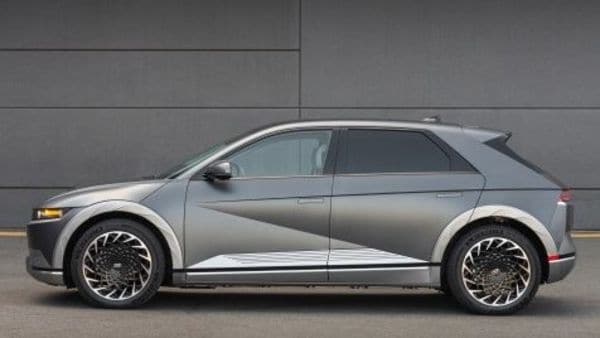 Hyundai Ioniq 5 will be made available in the US in seven different versions across three separate trims.

Hyundai has revealed that its flagship electric SUV Ioniq 5 will get a 58kWh battery pack option in the US alongside the 77.4 kWh battery back, providing a range of drive combinations to fit the needs of every customer. The SE Standard Range of Ioniq 5 will come with the 58kWh battery pack and 354 km of range, and will start at a price of $39,700, which will fall to $32,200 after the electric vehicle tax credit of $7,500.

The Ioniq 5 SE with a 77.4 kWh battery pack will start at $43,65, which will fall to $36,150 after the federal tax credit. Customers can also select from two electric motor layouts for the Ioniq 5, either a rear motor only option or both front and rear motors for all-wheel-drive.

Hyundai Ioniq 5 will go on sale in the US in early 2022 and will be made available in seven different versions across three separate trims. Each of these trims will come with a single rear motor as standard and can be upgraded to dual-motor all-wheel drive. The model is the first EV from Hyundai's dedicated EV brand called Ioniq as the company expands its dedication to electrified vehicles.

Last week, Hyundai revealed the official Environmental Protection Agency or EPA rated range of the Ioniq 5. The electric crossover utility vehicle has received a certified range of more than 480 kms on single charge. The range is less for the all-wheel drive version which has been estimated  at 411 kms without the need to recharge.

Hyundai has also announced that it will launch as many as six electric cars in India in the next seven years, which will likely include the flagship EV Ioniq 5 EV. The carmaker had also recently showcased the Ioniq 5 EV at its India headquarter in Gurugram, and at the Auto Expo last year.