The Honda Jazz RS will also be powered by a hybrid powertrain with the company spelling out three drive modes - Normal, Sport and Economy.
By : HT Auto Desk
| Updated on: 05 Aug 2022, 19:22 PM 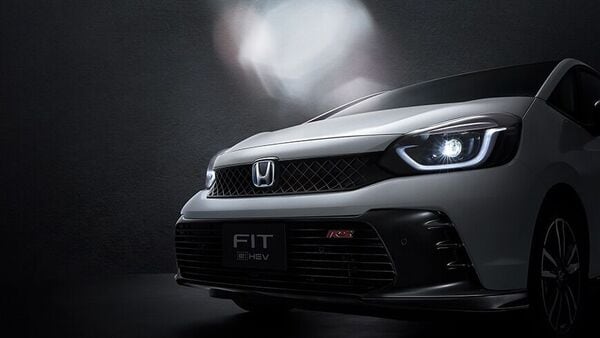 Honda Fit RS or Jazz RS, promises to be a hot hatch with the looks to attract.

Honda has made no qualms about its plans of going big in the world of electrics and hybrids but while new models may provide the necessary thrust to take on a long list of rivals, propelling its existing models with more power is a clear strategy as well. So while the Civic RS has gained a whole lot of attention in recent times, it is now the turn of Honda Fit, also called Honda Jazz in select markets, to get set for a launch in the RS form factor.

The 'RS' tag is usually on the more powerful models from German luxury brands but Honda too uses it to denote slightly more powerful variants of models minus the tag. And the Honda Jazz is all set to become a hot hatch once it is launched in the home market of Japan and subsequently in certain European markets. While the power figures aren't yet officially known, the international spec of the Honda Jazz puts out around 109 hp and offers 253 Nm of torque. And obviously, these figures would see an upward revision with the RS moniker.

The Honda Jazz RS will also be powered by a hybrid powertrain with the company spelling out three drive modes - Normal, Sport and Economy. While the model would continue to be a front-wheel drive, it will now get paddles behind the steering to control the intensity of regenerative braking.

That Honda Jazz remains a popular option in current times and in certain markets is underlined by the fact that the Japanese auto giant is persisting with adding newer technology to it. But it is also a fact that Jazz has been far from impressive in certain other markets. Already taken out of the US lineup, there are certain reports that it could also be phased out here in India as the company gets ready to drive out a mid-size SUV at some point next year.