The plight of the bike makers is a sign of the upheaval industry faces as the U.K. government defines its own trade policy outside the EU.
By : Bloomberg
| Updated on: 31 Oct 2020, 08:06 PM 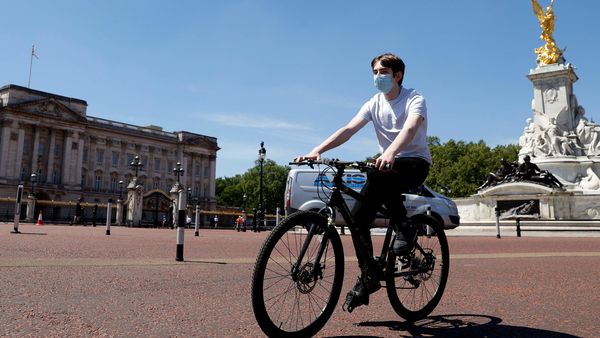 British bike manufacturers are warning they face competition from a wave of cheap Chinese imports after Brexit as the U.K. abandons European Union anti-dumping rules.

Brompton Bicycle Ltd. and Frog Bikes Ltd. are among firms saying they risk being undercut when the Brexit transition period ends on Dec. 31 and tariffs of up to 48.5% levied by the EU on bikes imported from China stops applying. The EU introduced the levy because large state subsidies were giving the country’s producers an unfair advantage.

“We’ve got coronavirus, we’ve got Brexit, we need as a nation to be supporting industries that have potential to grow," said William Butler-Adams, managing director of Brompton, the maker of the eponymous folding bike favored by London commuters. “There’s this fantastic opportunity in cycling. You would have thought the government would support it and nurture that industry."

The plight of the bike makers is a sign of the upheaval industry faces as the U.K. government defines its own trade policy outside the EU. While opening the economy to more imports may benefit consumers, domestic producers risk being caught in a pincer between greater competition from overseas and less access to the EU market.

“We have been consulting with British bicycle producers and recognize the challenges that the industry faces," the Department for International Trade said in a statement. “However, British consumers will bear the brunt of higher prices if anti-dumping measures were retained or carried across from the EU."

The U.K. is assessing each of the EU’s anti-dumping rules on a case-by-case basis. If British producers account for no more than 1% of the domestic market, the government will drop the anti-dumping tariff.

The opposition Labour Party criticized the move, saying it will be bad for the environment and also undermine British jobs and businesses.

(Also Read: The Tesla of bicycles has the same cult following. And same problems)

“However people voted in the Brexit referendum, nobody voted for that," said Bill Esterson, Labour’s shadow international trade minister. “The government must think again."

Frog Bikes, which specializes in making bikes for children and employs about 80 people, said it submitted evidence to the government in July showing that domestic producers make up more than 3% of the U.K. market, according to Shelley Lawson, the company’s co-founder.

She said her company’s recent efforts to contact the Trade Remedies Authority, the government agency responsible, have gone without reply, meaning she doesn’t know the basis for the decision or how it could be appealed.

A Department for International Trade spokeswoman couldn’t immediately comment on the ruling.

“It’s a substantial threat to us," said Lawson, whose firm generates about 10 million pounds ($13 million) in sales annually. “It’s not good for the cycling consumer at all," she said.

Frog Bikes, which generates 50% of its sales in the EU, said it fears being hit both by cheaper imports from China and potential tariffs on trade with the EU. Even with a trade deal, their customers in the bloc will find it harder to source their bikes because of extra customs formalities, Lawson said.

“The U.K. market is going to become even more important to us," she said. “We’re doubly concerned we’re going to be much less competitive within our home market as well."