Home Auto News The Tesla Of Bicycles Has The Same Cult Following. And Same Problems

The Tesla of bicycles has the same cult following. And same problems

Amid Covid-19 crisis, orders have shot through the roof for the Dutch electric-bicycle company VanMoof as people switch from congested public transport to bicycles.The e-bike maker's trajectory of growth is reminiscent of Tesla - albeit on much smaller scale.
By : Bloomberg
| Updated on: 16 Sep 2020, 05:24 PM The pandemic has been kind to Dutch electric-bicycle company VanMoof BV.

Over the past six months, orders have shot through the roof as more people switch from congested public transport to bicycles, aided by local governments clearing roads for cyclists to zip past cars stuck in traffic.

Production for the $1,998 euros S3 and X3 models, which neatly tuck their electric components into the frame tubes, doubled in the last few months. But with the surge came the pain typically afflicting companies that experience explosive growth. Customers bemoaned faulty or damaged parts, endless waiting lists and unreliable customer service.

It’s reminiscent of the growth trajectory experienced by another e-mobility pioneer -- Tesla Inc. - albeit on much smaller scale: a hit product followed by a sudden swell in demand, but then the struggle to cope with quality control and after-purchase service.

VanMoof concedes that the last few months haven’t been without challenges, with founder Taco Carlier calling the experience the “perfect storm." But Carlier said it’s a normal transition for any business introducing cutting-edge hardware, and that the company is tackling the problems. There’s also a fresh round of funding that should help bankroll required fixes.

“Anything new, whether it’s software or hardware, has to grow to maturity," said Michael Lucassen, a partner at venture-capital firm Tiin Capital in Naarden, the Netherlands, whose company hasn’t invested in VanMoof. “And VanMoof wants to be more than a bicycle shop: it’s a brand, it’s good for the environment, it’s trendy, it’s hip, it’s tomorrow. That’s quite a lot you have to get right." 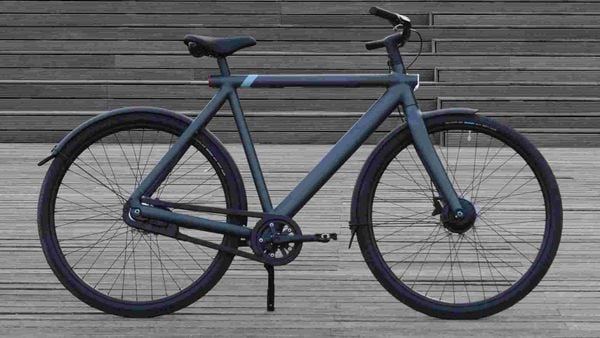 Lockdown was a complicating factor because instructing new staff at home created its own set of challenges, Carlier said. Waiting lines to get a service member on the phone could sometimes stretch to an annoying 45 minutes, and some repairs were complicated by the fact that mechanics weren’t physically working together, according to the CEO.

After doubling production in the summer, VanMoof now aims to make 50,000 bikes this year and reach 90,000 units in 2021. The company is also aggressively ramping up hiring, bolstering customer-support staff to about 50 from just 15 earlier this year.

The aim is for callers to be on hold for no more than 30 seconds, Carlier said. Waiting times for a bike will be a month at most, from more than three at the peak of the rush earlier this year.

Applying the required fixes doesn’t come cheap, which is why VanMoof secured $40 million in fresh financing from Norwest Venture Partners, Felix Capital and Balderton Capital, exceeding its original target of $25 million. It follows a $13.5 million investment in May and brings the total raised so far to $73 million.

A significant portion of the new funds will go toward bolstering service, including better app support, remote diagnostic and more proactive customer support, Carlier said. Some mechanics will also be deployed to fix bikes at owners’ homes.

“Everything was turned upside down" because of the lockdown, Carlier said. “Of course there was some cursing."