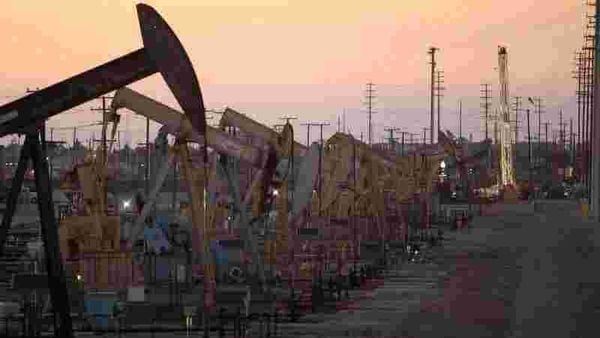 Also, the push for capital spending and demand for dividends from the government will put pressure on their financial profits, it said.

It, however, expected stronger marketing margins during financial year ending March 2021 (FY21) to moderate the risk.

"The three companies' continued capex and demand for dividends from their main shareholder, the Indian state, will also put pressure on their financial profiles," it said. "The Issuer Default Ratings of the three companies are driven by linkages to the state, which remain intact."

Marketing margins of the three oil marketing companies' (OMCs) increased significantly during April-June quarter of 2020-21 and boosted EBITDA compared with the fourth quarter of FY2020.

Marketing margins rose despite a hike in excise duty on auto fuels, as the fall in crude oil prices was not fully passed on to consumers.

In contrast, the OMCs' refining throughput and domestic petroleum product sales both fell by around 25 per cent in the April-June quarter from a quarter earlier, when the coronavirus-related lockdown started. Export sales increased by 4 per cent, but were not enough to offset weak domestic sales as exports form only 5-8 per cent of overall sales.

(Also read: India's crude imports fall to lowest in over a decade in July)

Fitch expected volumes to gradually improve over the rest of FY2021 as lockdown measures are relaxed, with full-year volumes down by 10-15 per cent.

"We expect demand to gradually improve to pre-coronavirus levels in FY22 as the economy recovers," it said. 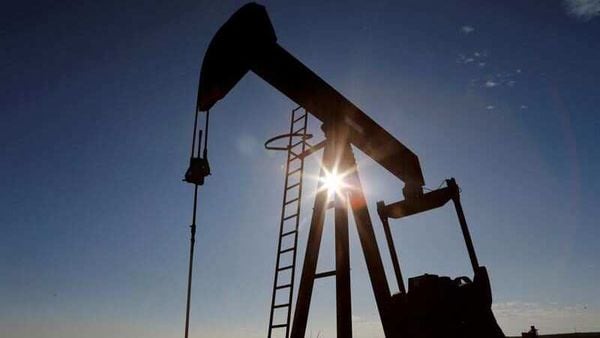 The sun is seen behind a crude oil pump jack in the Permian Basin in Loving County, Texas. (Representational photo) (REUTERS)

Refining profits were hurt by GRMs that were around break-even levels and lower utilisation rates.

Fitch expected the OMCs' GRMs to average USD 1-1.5 per barrel in FY2021 given the weak macroeconomic environment and high product inventories.

"We expect a gradual recovery in GRMs over FY22-FY23 to USD 4.5-5.5 per barrel as low global margins lead to consolidation in the refining industry, and fuel losses and processing costs decrease. However, our GRM estimates are still below the peak during the previous low in crude prices over FY16-FY18," it said.

Fitch expects IOC's net leverage to weaken to around 6.0x in FY2021, before improving to less than 3.5x from FY2022" as industry conditions improve, supported by its economies of scale, better complexity of its refining assets than peers, and diversification across refining, marketing and petrochemicals.

"We expect HPCL's net leverage, including proportionate consolidation of subsidiary HPCL-Mittal Energy Ltd (HMEL), to remain above levels appropriate for its SCP over FY21 and FY22, given weak industry conditions and ongoing capex, before improving to around 4.0x from FY23, on better industry conditions and commissioning of new capacities," it said.

"BPCL's net leverage, including full consolidation of Bharat Oman Refineries Limited, is expected to deteriorate to levels well above where we would consider revising the SCP downwards over FY21-FY22, before improving to around 3.0x from FY23," it added.