A traffic department official has said that clearance operations are in full swing and efforts are on to restore movement of stranded vehicles along the 260 kilometre road.
By :
| Updated on: 04 Jan 2021, 05:55 PM 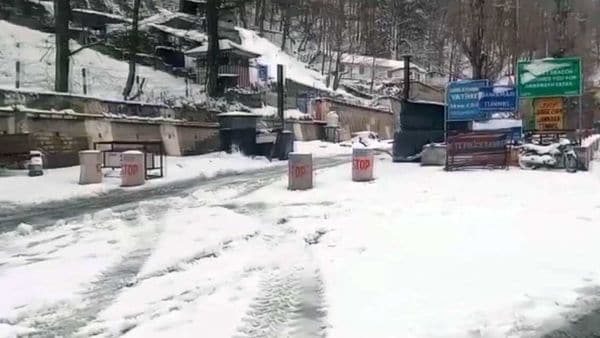 Traffic movement disrupted on Jammu and Srinagar National Highway due to heavy snowfall around Jawahar Tunnel, in Srinagar on Sunday. (ANI Photo)

Kashmir was cut off from rest of the country on Monday as the arterial Jammu-Srinagar national highway and Mughal road were closed due to snowfall across the valley, leaving nearly 4500 vehicles stranded.

"The Jammu-Srinagar National Highway is closed due to accumulation of snow at many places, especially around Jawahar Tunnel," an official of the traffic control department said.

He said snow clearance operations were in full swing and efforts were on to restore movement of stranded vehicles along the 260 kilometre road.

The official said nearly 4500 vehicles, mostly trucks carrying essentials to the valley, are stranded along the highway at various places.

Mughal Road, which connects the valley to Jammu division through Shopian-Rajouri axis, has been closed for several days due to heavy snowfall in the region.

Anantnag district has also received heavy snowfall between one foot and two feet, they said.

The flight operations to and from Srinagar remained suspended for second consecutive day due to poor visibility, the officials said.

The minimum temperature improved in most places in the valley due to the snowfall but still stayed below the freezing point, the officials said. 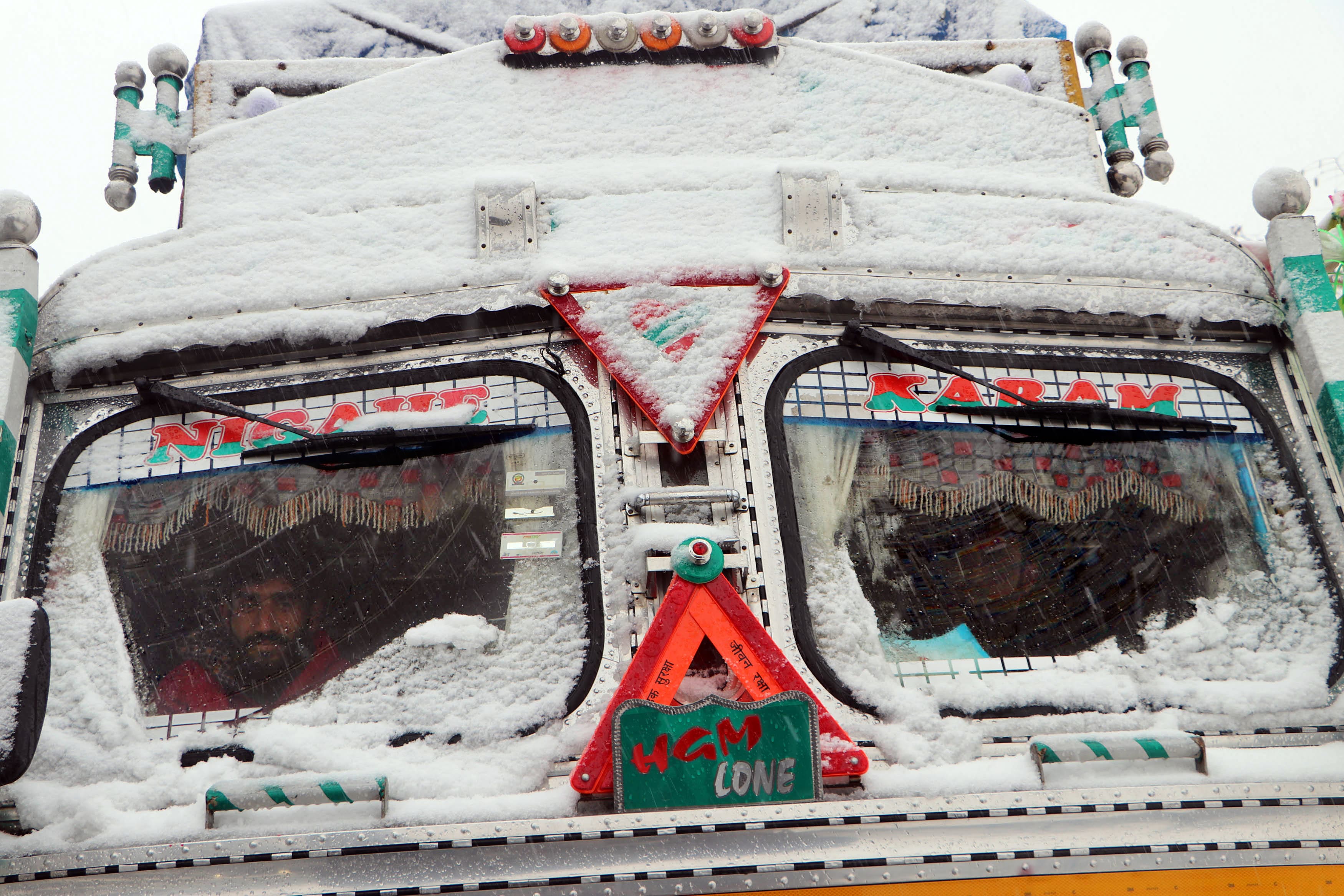 Srinagar city -- the summer capital of Jammu and Kashmir -- recorded a low of minus 0.9 degrees Celsius -- up from the previous night's minus 1.5 degrees Celsius, they said.

The minimum temperature in Gulmarg tourist resort remained unchanged at minus 5 degrees Celsius on Sunday night compared to a night earlier.

Pahalgam tourist resort, which also serves as a base camp for the annual Amarnath yatra in south Kashmir, recorded a low of minus 6.7 degrees Celsius – plunging from minus 1.45 degrees Celsius on the previous night, the officials said.

The MET Office said moderate to heavy snowfall, with isolated very heavy snowfall, was most likely to take place, especially in south Kashmir, Gulmarg, Banihal-Ramban, Poonch, Rajouri, Kistawar and Zanskar, Drass as well as on the higher reaches of Ladakh UT, over two days from Monday.

“Overall, the snowfall will continue from Sunday to Tuesday forenoon with the occasional break. This may lead to the disruption of surface and air transportation, water-logging in plains of Jammu and Srinagar cities," the MET Office said.

Kashmir is currently under the grip of 'Chillai-Kalan' -- the 40-day harshest winter period when a cold wave grips the region and the temperature drops considerably leading to the freezing of water bodies including the famous Dal Lake here as well as the water supply lines in several parts of the valley.

The chances of snowfall are the most frequent and maximum during this period and most areas, especially in the higher reaches, receive heavy snowfall.