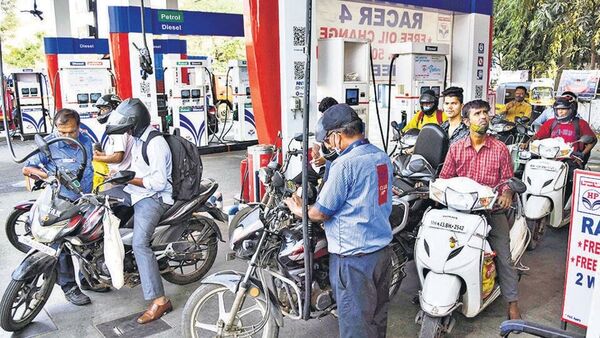 Motorcyclists wait in queues to get their vehicles filled with fuel, at a petrol pump. (Image used for representational purpose only)

Petrol in Delhi will now cost ₹100.21 per litre as against ₹99.41 previously while diesel rates have gone up from ₹90.77 per litre to ₹91.47, as per a price notification issued by state fuel retailers.

This is the seventh increase in prices of motor fuels since a four-and-half-month long hiatus in fuel rate revision ended on March 22. On the first four occasions, prices were increased by 80 paise a litre, marking the steepest single-day rise since the daily price revision was introduced in June 2017. On the following days, price of petrol went up by 50 paise and 30 paise a litre while that of diesel was increased by 55 paise and 35 paise a litre.