Mitsubishi Motors is the latest manufacturer to be investigated on suspicion of hiding illegal levels of pollution following a regulatory clampdown on toxic fumes triggered by Volkswagen's 2015 admission that it had cheated emissions tests.
By : Reuters
| Updated on: 30 Jan 2020, 04:37 PM 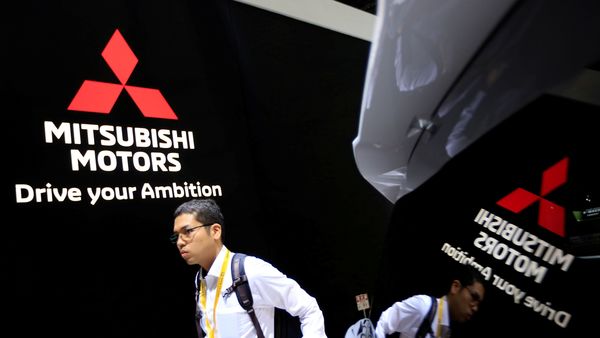 FILE PHOTO: A man walks near Mitsubishi cars as he visits Tokyo Motor Show in Tokyo.

Mitsubishi Motors Corp said on Thursday there was no reason to believe it had committed fraud as suspected in a German investigation into the Japanese automaker over illegal emissions defeating devices used in its diesel vehicles.

The Japanese car maker is the latest manufacturer to be investigated on suspicion of hiding illegal levels of pollution following a regulatory clampdown on toxic fumes triggered by Volkswagen's 2015 admission that it had cheated emissions tests.

Mitsubishi said in a statement that none of the engines it makes and uses in its cars were equipped with "defeat devices", adding that the 1.6-litre diesel engines subject to the investigation, including its control system, were made by France's PSA Group.

A PSA spokesman confirmed that it is the maker of the engines in question and said it complies with homologation in every market where it operates.

Mitsubishi added that it would continue its own investigation into the matter, and cooperate with German prosecutors in their probe.

Last week, the Frankfurt Prosecutor's Office said officials were investigating an employee at an international car maker for fraud, as well as a unit of an international dealership company, and two auto suppliers over the cheating issue.

German auto supplier Continental has said it is a cooperating witness in the probe.

Dutch authorities also ruled last week that diesel models made by Fiat Chrysler Automobiles and Suzuki Motor Corp broke European emissions rules and must be fixed or face a ban on sales across the region.

Fiat declined to comment last week, and Suzuki said it was cooperating with Dutch authorities on the findings.