Vehicles with odd numbers will be permitted on Mondays, Wednesdays and Fridays. Those with even numbers will be allowed on Tuesdays, Thursdays and Saturdays.
By : PTI
| Updated on: 20 Apr 2020, 09:42 AM 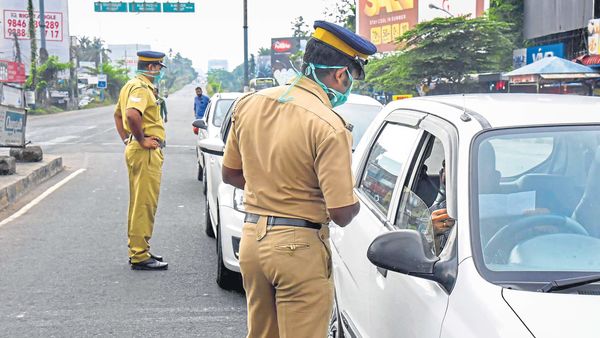 Woman drivers travelling solo or with dependants are exempted from the odd-even scheme.

The Kerala government announced relaxation of Covid-19 lockdown restrictions in two zones, allowing among others private vehicles movement in an odd-even basis and dine-in services at hotels from Monday.

State police chief Loknath Behera said the relaxations of restrictions imposed would come into effect in the Green and Orange-B zones in the state from Monday, an official release said.

Earlier, the Left government had colour-coded 14 districts of the state into four zones-- Red, Green, Orange-A and Orange-B, for containing the Covid-19 pandemic. Red zone comprises Kasaragod, Kannur, Kozhikode and Malappuram districts. In this zone, a complete lockdown will be in place until May 3 while two entry and exit points are allowed for carrying essential commodities to coronavirus hotspots.

Orange-A zone comprises Pathanamthitta, Ernakulam and Kollam whileOrange-B zone comprises Alappuzha, Thiruvananthapuram, Palakkad, Thrissur and Wayanad. The lockdown will be in effect until April 24 in this zone and then partial relaxation will be allowed.

Kottayam and Idukki come under the Green zone, in which lockdown will be in effect until April 20 and then regulations will be eased. However, large gatherings, functioning of educational institutions, religious functions, celebrations and travel outside the district will not be allowed in this zone. Not more than 20 people are allowed to take part in weddings and funerals, according to government instructions.

On functioning of courts, the release said, "Courts in the Green and Orange-B zones will re-open on April 21 while that in Orange-A zone will start functioning from April 25. The courts will function with 33 per cent of staff. The cases will be heard via video conferencing."

Meanwhile, the Bankers' Council has announced that banks will function as per the usual timings from Monday in the state except four districts falling under the Red zone. The Transport Ministry has clarified that public transport won't be allowed to ply in the state during the lockdown period.

On the implementation of odd-even scheme for private vehicles, the police said, "Vehicles with odd numbers will be permitted on Mondays, Wednesdays and Fridays. Those with even numbers will be allowed on Tuesdays, Thursdays and Saturdays." Woman drivers travelling solo or with dependants are also exempted from it, police said.

On Sundays, only those working for essential services are allowed to use their vehicles. All education institutions, cinema halls, shopping malls, public parks, bars, places of worship will remain closed in all zones of the state. The health department and local administration, which carry out sanitation work before the monsoon, are allowed to operate.

Four-wheelers are permitted to carry two passengers besides the driver and in case of a two-wheeler, only the driver will be allowed while the pillion rider is allowed in case the person is a family member. On Dine-in services, a government order said it is allowed at hotels and restaurants until 7 PM in Green and Orange-B zone from Monday and in Orange-A zone from April 24. However, take-away counters can function until 8 PM, it said.

Kerala Sunday reported two positive cases of Covid-19 in the state taking the total number of affected to 401 while the health department announced that 13 people were cured.