Survey finds most respondents say whether a car ought to be scrapped or not should depend on how many kilometers it has done rather than its age.
By : Bloomberg
| Updated on: 09 Jun 2022, 09:51 AM 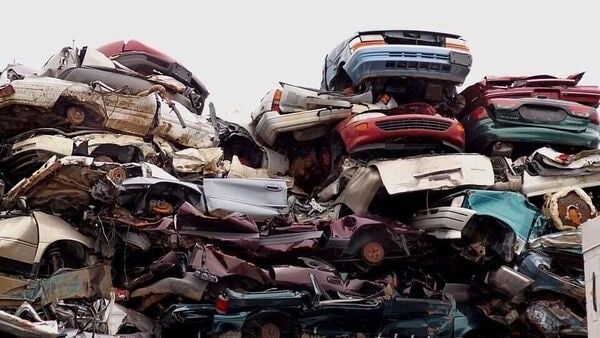 Vehicle scrappage policy has the potential of putting old polluting vehicles off roads but should the age of a car alone decide its fate?

India’s plan to remove millions of older polluting cars from its roads in an effort to clear some of the world’s most toxic air looks set to face several challenges with a new survey showing the majority of vehicle owners aren’t interested in trading in their automobile based on age.

Some 57% of 10,543 vehicle owners surveyed by LocalCircles say whether a car should be removed from service or not should depend on miles on the odometer rather than age. The government last year mandated that personal vehicles more than 20 years old and commercial vehicles more than 15 years old will need to undergo fitness tests in order to remain on the road.

In addition, just over half of consumers surveyed said they’re planning to reduce the number of cars they own because they believe India’s cash-for-clunkers policy will make it more expensive to keep an old vehicle. Authorities have made auto fitness tests more expensive since April, with owners of cars that are older than 15 years now having to spend eight times more to renew their registration. 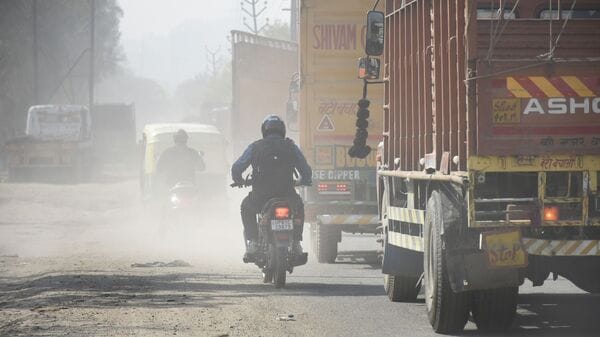 Vehicular emissions are a big cause for overall AQI levels but dust pollution is a major concern in many Indian cities as well. (Sakib Ali /Hindustan Times)

The public’s lack of interest in getting rid of polluting vehicles is a potential setback for India’s ambitions to turn net carbon zero by 2070. Recycling old cars is crucial for India to cut emissions considering the take up of electric vehicles is lagging due to sparse charging networks and the high price of battery-powered transport. The nation’s Centre for Science and Environment forecasts that by 2025, India will have as many as 20 million old vehicles nearing the end of their lives, causing huge environmental damage.

Prime Minister Narendra Modi’s administration has said it expects the program to attract fresh investment of more than 100 billion rupees ($1.3 billion) and curb the nation’s dependency on other countries for metals. Modi has said scrapping end-of-life vehicles in India is currently not productive because precious metals aren’t recycled and the energy recovery is close to nothing.

Automakers however appear to be siding with the public.

“Age is not a good criteria for scrapping a vehicle," Maruti Suzuki India Ltd. Chairman R.C. Bhargava said in an interview. “The logic has to be the car’s ability to ply roads safely so it doesn’t put other road users in danger. A vehicle gets scrapped when the user finds it isn’t economical to repair it to get a fitness certificate."

Personal vehicles should undergo fitness tests every three years at least, Bhargava said. In India, when a car goes on the road there’s typically no further inspection to check whether safety standards that were prescribed at the time of sale are being met. A large number of accidents happen because of defects in vehicles that aren’t periodically certified as fit, he said.

India also needs more large scrapping centers with recycling currently dominated by informal small-scale units. Maruti Suzuki and Toyota Tsusho Corp. have jointly set up a facility with an investment of 440 million rupees to scrap and recycle over 24,000 end-of-life vehicles annually. Mahindra MSTC Recycling Pvt., which has a recycling facility in Pune, is building four more scrapping units in the western state of Maharashtra with a capacity of 40,000 vehicles annually.