There has also been a longstanding concern that self-driving cars cannot always correctly predict how humans will react to changing events.
By : HT Auto Desk
| Updated on: 02 Jun 2022, 06:07 PM 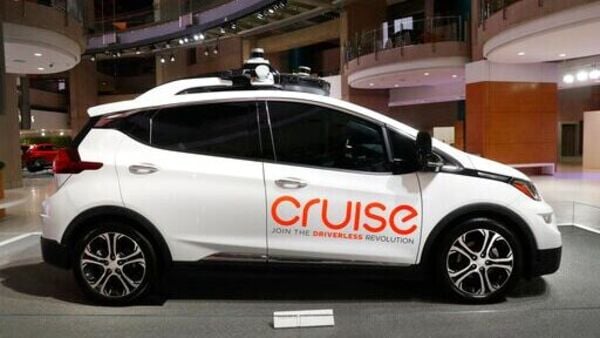 Cruise has so far garnered support from disability and business groups as well as staff for the state commission,

General Motors-backed Cruise could soon acquire the permit to charge passengers for rides in its self-driving vehicles in San Francisco, becoming the first company to be able to do so. While self-driving cars with safety drivers have become increasingly popular in the US city, ones without any driver in command are also becoming common day by day. Being able to commercialize this service would be like achieving another milestone for autonomous vehicles.

Cruise has so far garnered support from disability and business groups as well as staff for the state commission, saying its proposal reasonably protects passenger safety. However, San Francisco fire, police and transit officials cited concerns and requested to involve state regulators to impose restrictions before allowing Cruise's autonomous vehicles (AV) into the ride-hailing business. They recommended that the autonomous vehicle platform should take further approvals.

The officials, in a letter to California Public Utilities Commission, wrote that deployment of driverless AVs on a much larger scale would increase the likelihood of unusual AV behavior and this could in turn lead to serious injury or death. The concern will be discussed on Thursday and then will a decision be taken on whether Cruise will be able to charge riders in San Francisco for its self-driving vehicles or not.

The locals officials also noted that a confused Cruise AV had briefly blocked a San Francisco fire engine in April that was en route to a three-alarm fire. In another instance, a driverless Cruise car stopped by police appeared to drive away before the officer was done. However, Cruise defended its vehicles saying that they made safe decisions.

There has also been a longstanding concern that self-driving cars cannot always correctly predict how humans will react to changing events, including the actions of the car.