GM will take an 11% ownership stake and will engineer and build Nikola’s Badger hydrogen fuel cell and electric pickup truck.The carmaker expects to receive more than $4 billion in perks from the deal while Nikola gets an immediate boost of legitimacy.
By : Bloomberg
| Updated on: 09 Sep 2020, 02:47 PM 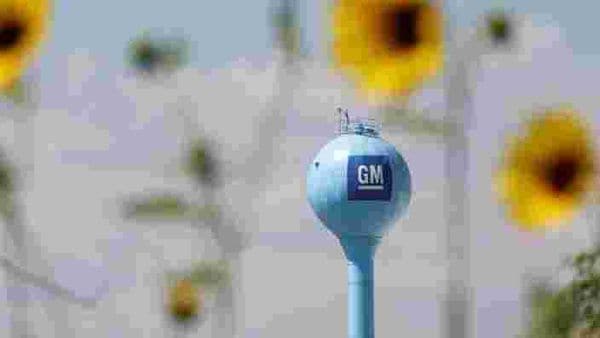 The GM logo is seen at the General Motors Assembly Plant in Ramos Arizpe, state of Coahuila, Mexico

General Motors Co. shares rose to a more than six-month high after it took a $2 billion equity stake in startup Nikola Corp. and agreed to manufacture a new electric-pickup model.

In a bid to diversify the Detroit-based automaker’s alternate-fuel vehicle strategy, GM will contribute technology and manufacturing in exchange for an 11% stake in Nikola and board seat, according to a statement Tuesday. GM is not committing any cash to the deal.

The partnership gives Nikola -- which has yet to generate any meaningful revenue -- an immediate boost of legitimacy and the industrial might of an established player while also benefiting GM. The largest U.S. automaker expects to receive more than $4 billion in perks from the deal. In addition to the equity value of the shares, it will be paid to manufacture Nikola’s pickup, supply batteries and begin commercializing fuel-cell technology for the semi-truck industry.

Shares of both companies jumped on the surprise announcement, with GM rising to the highest level since before the onset of the coronavirus pandemic. GM rose 8% to close at $32.38 -- the highest close since February 24. Nikola surged 41%, while electric-car market leader Tesla Inc. fell 21% for its steepest one-day drop ever.

"We’ve seen these pops before" in GM’s stock, said David Whiston, an analyst at Morningstar Inc. “Hopefully it will last. GM clearly isn’t getting enough credit for its EV program."

(Also read: How GM is trying to reinvent itself to stay relevant, stay strong in EV world)

By increasing its exposure to alternate-fuel vehicles, GM deepens its presence in an area that has captured the imagination of investors who have piled into stocks of EV startups like Nikola. The two companies expect production of the truck, called the Badger, to begin by late 2022. Nikola plans to debut the vehicle, which it only has shown images of so far, in early December. 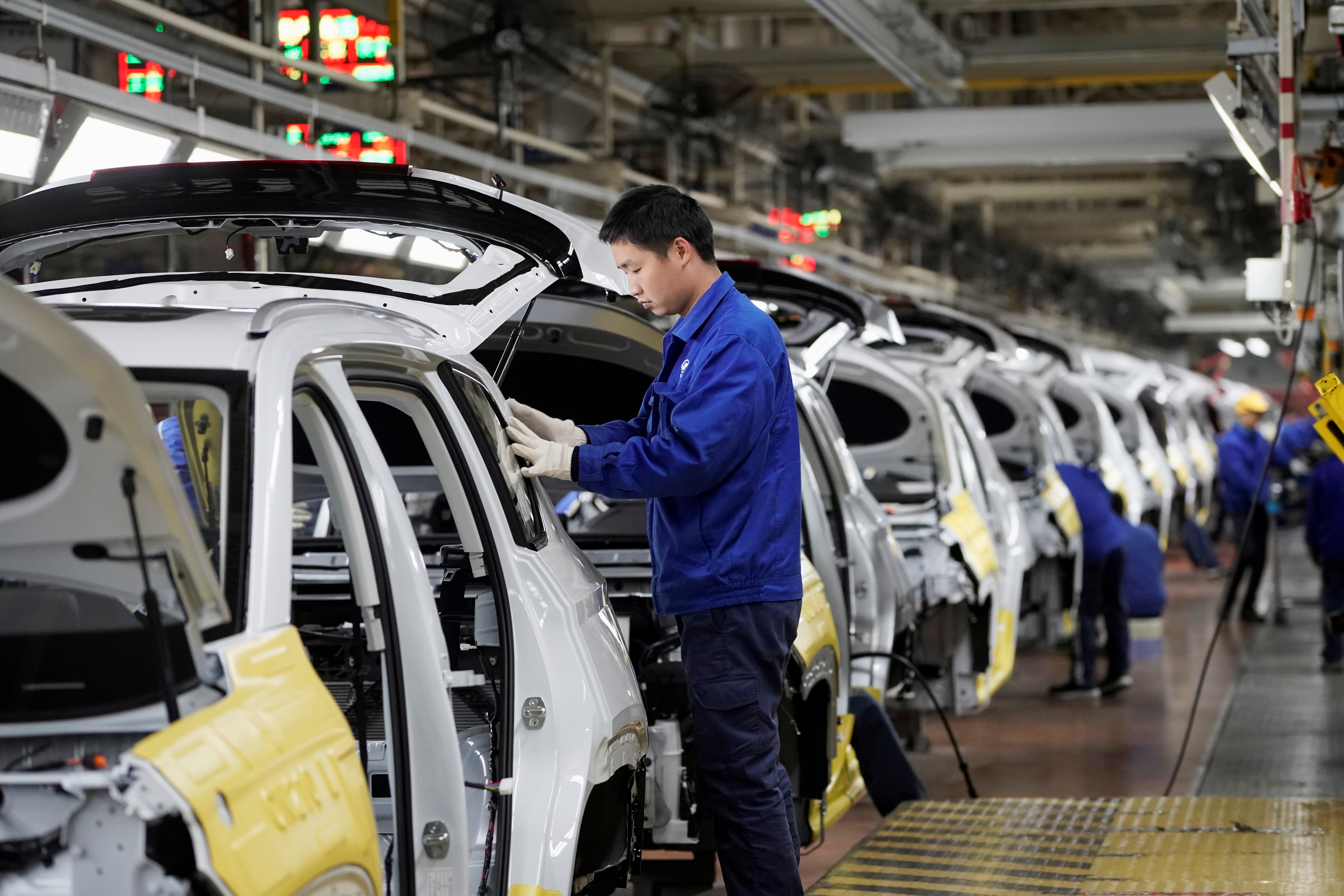 The new truck could compete against GM’s own electrification plans for future models such as a promised Hummer pickup that goes on sales late next year. But GM may view the Badger as a test case of demand for battery-powered vehicles in the commercial-truck market. And the decision to collaborate with Nikola illustrates GM’s efforts to spread its bets -- and not get left behind.

The deal follows Ford Motor Co.’s investment last year in Rivian Automotive Inc., an EV startup backed by Amazon.com Inc. GM had a tentative agreement with Rivian that collapsed, allowing its crosstown rival to swoop in. Since then, GM has been pressured by investors to consider spinning out its EV operations into a new entity.

“GM lost out on Rivian" to Ford, said Michelle Krebs, executive analyst with car-shopping researcher Autotrader. “Nikola is kind of a substitute. Maybe this sets up GM to spin off its electric-vehicle business as some on Wall Street have been suggesting they do to unlock value."

In addition, GM gets to keep 80% of the electric-vehicle regulatory credits from sales of the Badger pickup and has right of first refusal on the other 20%. That will help the automaker meet emissions regulations as it focuses on profitable gas-powered sport utility vehicles and trucks. GM also will be Nikola’s exclusive battery provider in every market except Europe, said a company spokesman.

GM does risk fostering a new rival in the way that early investments in Tesla by Daimler AG and Toyota Motor Corp. helped that electric-car company grow into a fierce competitor. But GM Chief Executive Officer Mary Barra sees lots of room for growth in the budding market for EVs and noted GM gets access through Nikola to the Class 7 and 8 freight-truck business.

“We see huge growth opportunities for both of us," Barra said on a call with reporters. “We view that there’s going to be plenty of opportunity for different customers and products. When you look at opportunity to partner with Nikola on Class 7 and 8, that’s a wide-open opportunity for us."

For Nikola, the partnership with GM is a vindication of its efforts to gain credibility as it moves toward production of its first vehicles. The Phoenix-based company engineered a reverse merger in June, gaining a public listing and more notice for its ambitious plans to enter the market for battery-powered and fuel-cell vehicles. It has garnered its share of fans and skeptics, who founder Trevor Milton has been known to engage with on Twitter, where he has promoted the company and sought to quell critics. “This news is a huge shot in the arm for Nikola," Dan Ives, an analyst at Wedbush Securities with a “neutral" rating on the company’s stock, said in a research note Tuesday. “There have been many skeptics around Nikola and its founder Trevor Milton’s ambitions over the coming years, which now get thrown out the window with stalwart GM making a major strategic bet on Nikola for the next decade on the EV and fuel-cell front."

(Also read: GM says over 40% of new China launches in next five years will be EVs)

Milton, who also is Nikola’s chairman, has said the Badger will sell for between $60,000 and $90,000, which analysts say could be a profitable niche in the larger U.S. pickup market. He also has said he hopes the Badger will one day rival Ford Motor Co.’s F-150, which for 43 years has been America’s best-selling pickup.

Nikola will save an estimated $4 billion in development costs by partnering with GM, Milton said in a tweet Tuesday. “Who better than GM to help engineer, validate, test and manufacture," he said.

As recently as a year ago, Nikola had no plans to build a pickup, just an idea that gelled in November after Tesla unveiled a prototype of its own futuristic electric truck. Nikola first unveiled the Badger in February and started to take pre-orders from buyers in June.

Nikola’s not alone in targeting pickup buyers with a more-sustainable option. Rivian and Ford plan to start producing an electric pickup by June 2021. Ford promises an electric F-150 by 2022, and Fiat Chrysler Automobiles NV has said it is mulling an electrified version of its Ram pickup.

Most of the technology will come from GM, which means Nikola’s contribution mainly will be in sales and service for buyers of its pickups and freight trucks. And the deal will allow Nikola to start selling vehicles sooner.

“They have a fuel cell ready for production right now," Milton told reporters on a call. “The nice thing about this is it allows us to bring Badger to market immediately."