Home Auto Ford Teams Up With Hungama, Mapmyindia, Accuweather For In Car Infotainment

Ford teams up with Hungama, MapMyIndia, AccuWeather for in-car infotainment

The Ford SYNC AppLink 3 will be seen on the Ford Endeavour and Mustang as of now, and will be rolled out for other models such as the Figo, Figo Aspire and EcoSport later.
By : Gulshankumar Wankar
| Updated on: 25 May 2017, 02:59 PM 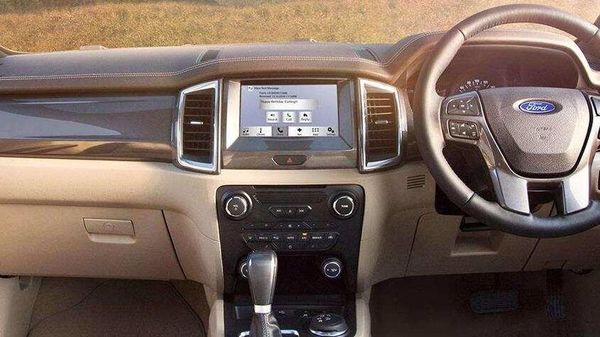 The Ford SYNC AppLink 3 will be seen on the Ford Endeavour and Mustang as of now, and will be rolled out for other models such as the Figo, Figo Aspire and EcoSport later.

Announcing the partnerships, Julius Marchwicki, director of connected vehicles and services, Ford Asia Pacific, said, "India is seeing an ever-growing middle class, and as new first-time buyers they have certain expectations about technology, features and value from the vehicles. Connectivity will help us fulfil these expectations and enhance user experience by helping them play their music, or find their way through traffic or even a parking space."

Talking to reporters in New Delhi on Wednesday, Marchwicki said, "There are challenges on both global and local levels. In megacities of India, with a population of more than 20 million people, traffic, mobility and parking are a big issue. Connectivity is an enabler to help us beat those challenges."

While music streaming app Hungama, navigation provider MapMyIndia and news aggregator Inshorts are Indian partners and will assist driving through the country, Accuweather is Ford's global weather partner and will alert the driver if there's a sudden weather change, besides giving real-time updates. The fifth partner - Pparke—will show the driver parking spots nearby and their charges on demand, in major cities across the country.

The Ford SYNC AppLink 3 will be seen on the Ford Endeavour and Mustang as of now, and will be rolled out for other models such as the Figo, Figo Aspire and EcoSport later, he said.

Using the function, smartphones could also be connected via bluetooth to in-car systems which do not have touchscreen. Users can interact with the devices using voice commands.

Ford had earlier teamed up with technology giant Microsoft for connected mobility. "Microsoft is still a global partner and we are working with them on many projects. However, on the inside-the-cabin apps, we have separate development programme," Marchwicki said.

On the other hand, rival automakers such as Maruti Suzuki, Hyundai, Honda are adopting Android Auto, Apple CarPlay and MirrorLink for their in-car smartphone connectivity.

Marchwicki declined to disclose the investment that went into this programme, saying "we want to take this forward as a business relationship, through which we are working to create something new and unique for our customers".

The Detroit-based automaker is going through a major transition at its headquarters too. On Monday, Ford Motor Co chairman Bill Ford Jr replaced Mark Fields with Jim Hackett as the company's chief executive. Commenting on the development, Marchwicki, who is regarded as the brain behind smartphone connectivity in automobiles, said: "We are working very hard on our strengths and are definitely committed to addressing the challenges ahead and changing landscape of the automotive business. Jim Hackett, our new CEO, is a transformative leader, and I'm certainly excited to see what Jim and his new leadership team will help achieve in the near future."

Hackett has led the Ford unit developing self-driving cars and related projects for the past year, and was brought in to accelerate the automaker's plans, as other players from Silicon Valley rise to develop self-driving and car sharing technologies.