Coronavirus: China’s rethink on car pollution may signal a retreat on climate

Seeking to bolster growth in the wake of the coronavirus, the government may water down emissions standards.
By : Bloomberg
| Updated on: 19 Mar 2020, 10:06 AM 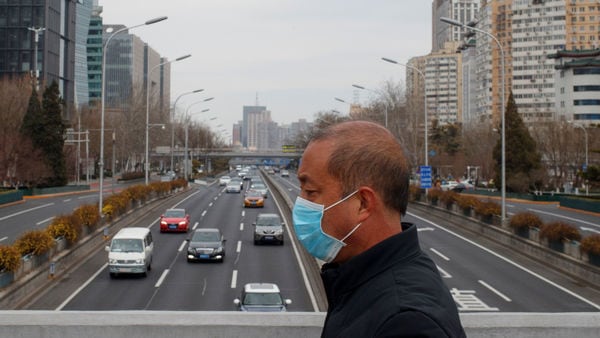 Beijing's move toward relaxing emissions standards will ratchet up concern that policymakers around the world may scale back their climate goals as they seek to rescue their economies from the ravages of the coronavirus.

The Chinese government is said to be debating whether to ease restrictions on the amount of harmful particles that vehicles emit from their tailpipes — a measure known as particle number, or PN. The move would help automakers battling an unprecedented slump as the pandemic slows economic activity. It could be just one of the steps by the government in Beijing to shore up key sectors.

That stimulus is likely to come at a cost to efforts to protect the environment, since officials could give priority to the health of industries that have an outsized impact on greenhouse gas pollution, especially construction, transport and infrastructure. That combined with signs that green issues are slipping down the European Union’s agenda would reduce momentum on the issue from two main on main forces driving work on climate change

Although China’s measure to minimize virus spreading did cut carbon emissions and air pollution dramatically in February, that silver lining turned out to be temporary. In early March, satellite data show that nitrogen dioxide levels rose across China’s industrial heartland, an indication the country’s economy is recovering.

There have been signs that China might go back to its playbook of stimulating its economy by investing in polluting industries as it did following the 2008 financial crisis. Tens of trillions of yuan of investment has been planned for major projects across China the year, including irrigation, toll roads, gas pipelines and nuclear power plants. National Development and Reform Commission, China’s macroeconomic management agency, requested recently that measures should be taken to “minimize the impact from the epidemic outbreak on the major projects and make sure that the investment (to the projects) is not interrupted."

We had a lesson from the 2008-2009 global financial crisis that we don’t want to see again. In 2008, China poured 4 trillion yuan ($570 billion) into a stimulus package for high-emission development. Globally, after the crisis, global CO2 emission from fossil fuel and cement production increased by 5.9% in 2010. It was the highest annual growth since 2003.

China is likely to be the first major enemy to recover from the coronavirus hit, but what kind of policy it will offer to save its economy might set an example to other countries. This year is an important one for the Chinese government to showcase its achievements. It’s the last year for the “13th Five-Year Plan," which lays out goals including GDP growth of 6.5% a year on average, bolstering a “moderately prosperous society" and eliminate poverty by the end of 2020.

With China’s economic growth slowing since 2018, China has started to compromise on its green development ambitions. The government eased a target for clean air quality even before the virus this winter. Part of the aggressive program to switch family and factories from burning coal to gas for heating still remains unfinished. Subsidies for electric vehicles, wind and solar plants have been cut. And a national carbon market that was supposed to be established this year has been delayed.

One sign of how deep China’s green ambitions remain will emerge along with its Belt and Road Initiative, which will build trade links across Southeast Asia and into Europe. The government has said it wants infrastructure investments to follow green principles, helping the region combat climate change and rein in air pollution in places where those are urgent threats.

Now as the public health crisis become the first priority in many nations, environmentalists worry whether countries would sacrifice their climate goal for the short-term emergency. In Britain, the coronavirus is spreading rapidly, drawing the attention of ministers away from plans to host the annual United Nations climate talks in November. The meeting known as COP26 would bring into force the Paris Agreement that was negotiated in 2015 and push more governments to setting ambitious targets for slashing emissions. With travel restrictions tightening, it may be impossible to hold a major preparatory meeting due to start in Germany in the middle of this year.

Just how policy makers balance immediate needs of coming from the health crisis in the coming months against more slowly unfolding environmental issues whether green goals remain serious and durable.