Home Auto News Autonomous Driving To Be Cheaper Than Cost Of A Car: Softbank Chief Son

Autonomous driving to be cheaper than cost of a car: Softbank chief Son

With vast advancements in technology, self-driving vehicles may be closer to reality than ever before. And it may be more affordable than previously thought.
By :
| Updated on: 30 Jan 2021, 09:39 AM 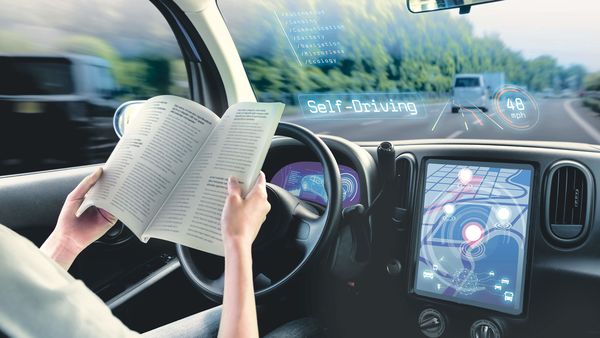 Mass production of vehicles without a driving wheel will start in about two years and autonomous driving is going to be cheaper than the present cost of a car, Softbank Group CEO Masayoshi Son said on Friday.

Speaking at the World Economic Forum's online Davos Agenda Summit, he said the Covid-19 situation is a tragedy, but technology is evolving faster due to the pandemic.

Speaking to BlackRock chief Larry Fink during a session on the last day of the week-long summit, attended by top government and business leaders from across the world, Son said he is optimistic in the long-run about recovery from the pandemic, adding that vaccines have come as a sign of hope.

But it will take some time to get people vaccinated, causing worry in the short run, he added.

Technological advances are changing people lives and the Covid-19 pandemic has accelerated those developments, Son said.

"Tragedy is tragedy. It's a disastrous situation. But technology-wise, it's evolving quicker," he said.

For example, video conferencing has taken off and so has education-technology and autonomous driving, both spurred by innovations in artificial intelligence (AI), the Softbank Group Corp Chairman and CEO said.

"New tech unicorns represent USD 510 billion -- half of that from US, and two-thirds of the remaining half from China, with only one company from Japan," he said.

"Some of it is not just a disruption Some of it are miracles. We wouldn't have been able to stay as connected as we are today just six years ago," Fink said.

"Think about how we are able to do our work and live our lives in this remote world as we try to say healthy. I look at that as a miracle," said Flink, who heads one of the biggest asset managers in the world.

Son added, "Consider autonomous vehicles. Licensed mass production of a vehicle without a driving wheel is starting in two years. Shortly after that, autonomous driving will be cheaper than the cost of a car."

Asked what will it mean for workers, Son said, "People have to adapt. The technology revolution cannot be stopped or slowed down. It's happening anyway. We cannot stop it. We have to educate ourselves, we have to learn."

Fink said a zero-carbon future is estimated to need a spending of USD 40 trillion and asked Son about his priorities for environmentally-focused investments, to which the world's foremost startup and tech investor said he is focused on investing in solar.